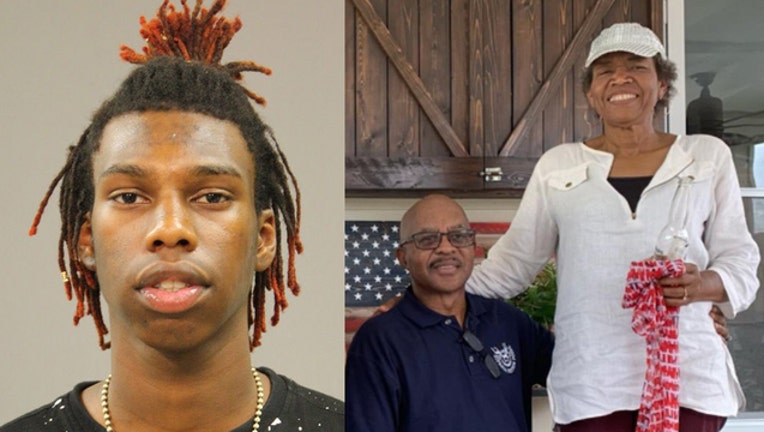 A suspect has been charged in the deadly shooting of a 62-year-old woman who was riding in a car with her husband in west Harris County.

Harris County Sheriff Ed Gonzalez says Tekoney Blackledge has been charged in the murder of Saron James. He is not yet in custody.

On Wednesday, July 31, the white Audi linked to the murder was discovered, and is being processed for evidence.

Saron James and her husband were traveling home from a doctor's appointment in west Harris County around 6:20 p.m. July 16. Her husband reported hearing what he thought sounded like fireworks. One of the windows shattered, and he looked over and saw his wife had sustained a gunshot wound to the head.

She was transported to the hospital by ambulance, but was sadly pronounced dead on arrival.

"We believe that the complainant and her husband were complete innocent bystanders, maybe they just got caught in the middle of gunfire or something," said Gonzalez last week. "Regardless of circumstances, very sad situation."

Anyone with information on Tekoney Blackledge's whereabouts is asked to call HCSO at 713-274-9100.