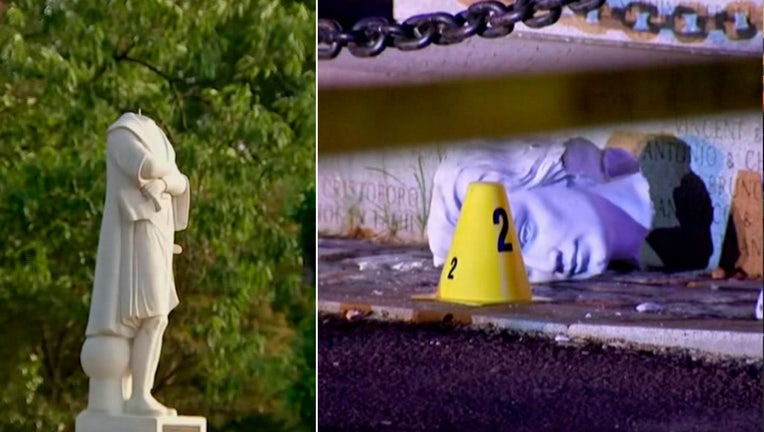 Images taken at Christopher Columbus Park this morning show the head of the monument lying on the ground next to its base, surrounded by crime scene tape.

The toppling comes just hours after protesters in Richmond, Va., pulled down a Columbus statue there, set it on fire and then threw it into a lake.

In that incident -- which reportedly was preceded by a peaceful protest for indigenous people -- the statue’s base was also spray painted and someone left a cardboard sign on top of it that read “Columbus represents genocide.”

The beheading of the Columbus statue in Boston is not the first time it has been vandalized.

In 2015, someone spray-painted “Black Lives Matter” on its base.

Boston’s Parks and Recreation commissioner said at the time that while they encourage public discourse, destroying property isn’t the way to go about it, WFXT reports.