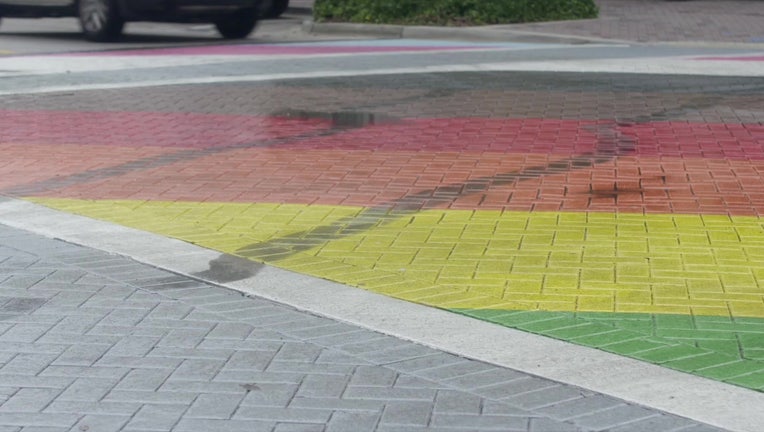 DELRAY BEACH, Fla. - On Saturday, a South Florida city held a ribbon-cutting ceremony unveiling its rainbow-colored Pride crosswalk. But by Monday, vandals had had already defaced the intersection with skid marks.

Police in Delray Beach are now investigating the incident.

"In regard to this area, this intersection where this tire burnout happened, a report has been taken and a detective is following up on this case," police spokesperson Ted White told WPTV. "We take this very seriously."

Julie Seaver is the executive director of Compass, an LGBTQ community center that helped organize the art installation. She says she isn't surprised that someone vandalized the crosswalk.

"There's a lot of hate in the world and a lot of homophobias, a lot of transphobias, our community lives with that every day," she said. "What the vandalists don't realize is how powerful and resilient the LGBTQ community is... We know how to stand together side-by-side even in the face of hate."