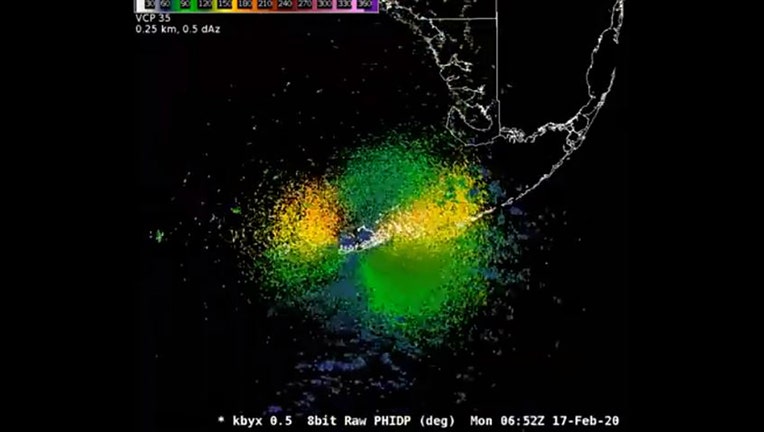 KEY WEST, Fla. - It appeared to be a busy night on Key West's radar -- but it wasn't because of the weather.

So many migratory birds flocked from Cuba to Florida on Sunday night, the National Weather Service said they appeared on the island's radar.

"The most impressive display of migratory birds so far this year occurred overnight Sunday," NWS said in a Facebook post.

According to NWS, their radar can distinguish between birds and rain.

"This product distinguishes between biological targets (birds) shown in green/yellow and meteorological targets (showers and rain) depicted in darker blues," NWS said. "The birds first appear on radar as they depart from Cuba and emerge in the Florida Straits, disappearing below the radar towards dawn as they reach mainland Florida."

The agency said the time-lapse imagery happens over the span of 10.5 hours.

An interactive map from Cornell University shows the various migratory patterns of different bird species as they make their seasonal flights across North and South America.