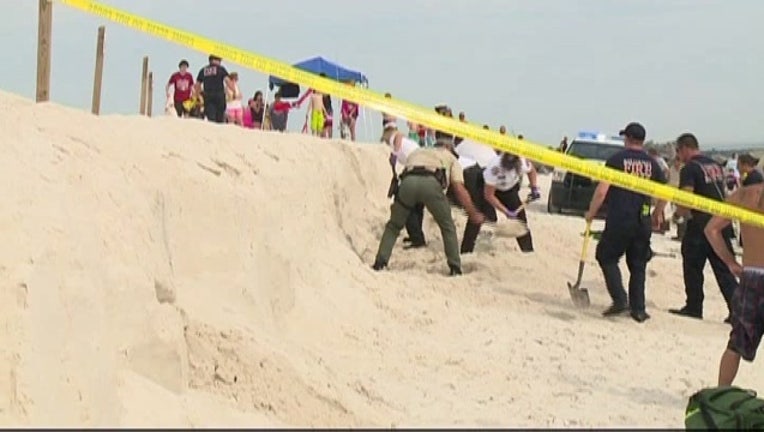 PANAMA CITY BEACH, FL - A teen vacationing in Florida in critical condition after a sand tunnel he dug collapsed on him.

An unidentified 17-year-old, who was visiting Panama City Beach, from Oklahoma digging the sand tunnel on St. Andrews state park --

According to officials, around 3:00 p.m. local time, the teen created a big tunnel against a steep sand ledge and it collapsed on him.

Emergency crews rushing to dig the teen out of the sand...

Witnesses say a second person was trapped in the sand, causing crews to continue their search using shovels, and later using a  backhoe borrowed from a nearby construction site.

After about an hour the missing person was located, but it turns out they were in the hotel and not buried in the sand.

First responders took the teen to a local hospital where he is in critical condition, but improving.

It is unclear if the buried teen and the missing person know each other.