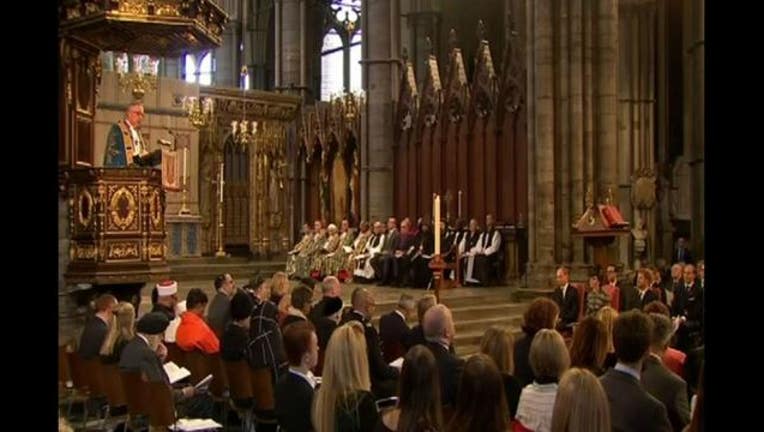 LONDON (AP) - The Duke and Duchess of Cambridge and Prince Harry joined those injured in the March 22 terror attack and victims' families in a multi-faith service Wednesday at London's Westminster Abbey.

Prince William stopped briefly before the service to lay a wreath at the abbey's Innocent Victims Memorial, a slate circle that remembers those who have suffered death, torture and oppression throughout the world.

Hundreds of people, including police, ambulance workers and fire fighters who helped victims of the attack are attending together with Home Secretary Amber Rudd, who is representing the prime minister, and London Mayor Sadiq Khan.

The service took place just meters (yards) away from Westminster Bridge, where Khalid Masood mowed down pedestrians before stabbing a police officer outside Parliament.