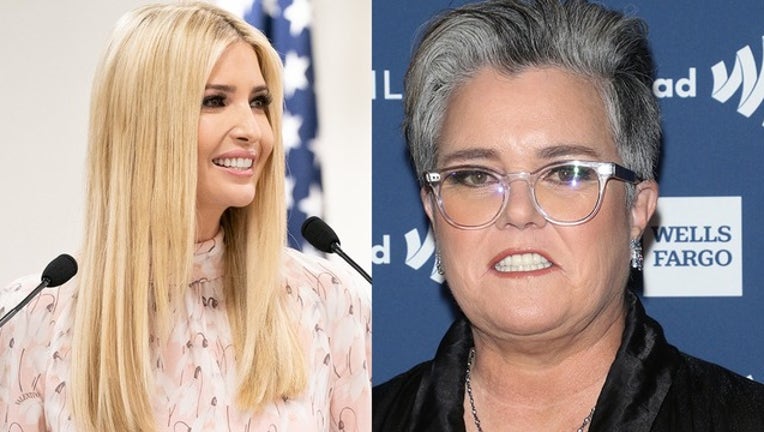 Appearing on the "The Michelangelo Signorile Show" on SiriusXM, the conversation began with Ivanka Trump's heavy presence at the G20 Summit in Japan and President Trump's past remarks predicting that his daughter would be the first female president.

"Talk a little bit about Ivanka Trump and what Donald Trump is doing with her," host Signorile then requested.

"I don't know what he's doing with her..." the former daytime talk show host responded.

"I mean, politically," Signorile clarified with a chuckle.

"I think he's been doing bad things with her for a very long time," O'Donnell explained. "There's a creepy, incest feel that is very prevalent amongst Donald Trump and his children, or at least his daughter. Very creepy."

The "Sleepless in Seattle" star, who wore a shirt in support of Sen. Elizabeth Warren, D-Mass, at the interview, held no punches against the president's daughter.

"I think she's like, you know a talentless, non-intelligent non-powerful woman," she continued. "And, I think she's, it's laughable to think of her in any kind of public service role. No one in his family has ever been in public service. Why should they start now?"

O'Donnell and President Trump have had a long-lasting feud dating back to his days as a TV star on the hit reality show "The Apprentice." He famously mocked her at the first GOP primary debate during the 2016 election.

This isn't the first (or second, or third) time someone from Hollywood has attacked Ivanka Trump. "Full Frontal" host Samantha Bee called the first daughter a "feckless c---," something the TBS star later walked back after heavy backlash.