The Republican National Committee is threatening a rules change that would force presidential candidates seeking the party’s nomination to sign a pledge saying they will not participate in debates sponsored by the Commission on Presidential Debates.

Political debates between major political candidates are an American tradition in the United States. While presidential debates continue to develop and evolve, their competitive spirit has not changed and continues to be a significant part of the presidential election process.

However, if the policy planned by the RNC is enacted and enforced, this would ultimately change the way debates have been conducted in the nation for decades.

RELATED: Presidential debates: The history of the American political tradition

Paris Dennard, a national spokesperson for the RNC, told FOX Television Stations Group that the way debates are currently structured has been "unfair to the Republican" and pointed to instituting new reforms as a way to resolve the matter.

"The ball is in the court of the debate commission," Dennard told FOX. "We’ve met with them, in person, virtually, sent them multiple letters, and yet they still come to the same conclusion they’re unwilling to do these commonsense reforms to make the debate process more fair for moving forward for the 2024 election year." 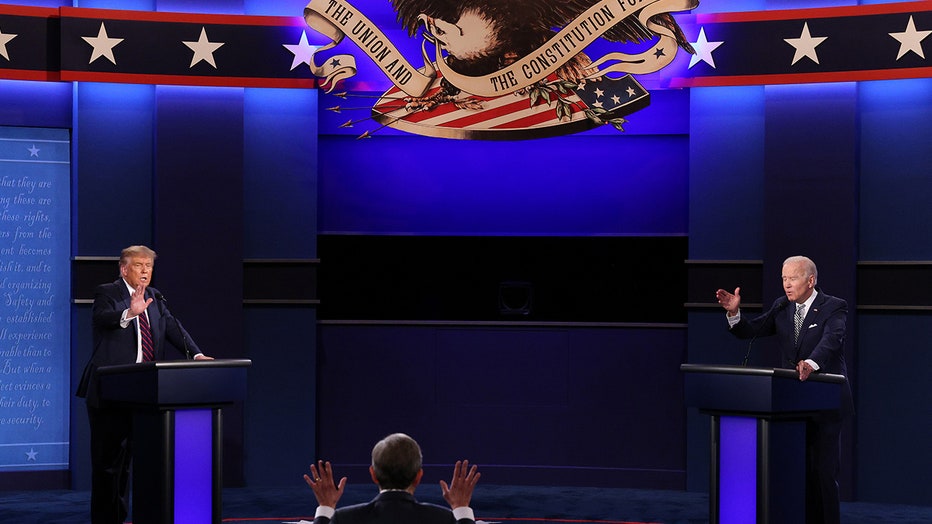 In a letter to the commission on Jan. 13, RNC Chairwoman Ronna McDaniel listed out a series of complaints including concerns about its selection of moderators and a desire for debates to take place before early voting begins.

"You have tens of thousands of people voting without ever hearing the two candidates for president in a fair and objective manner," Dennard added. "So, if they [CPD] actually want to come to the table and enact some of these reasonable, fair-minded, commonsense suggestions that our RNC chairwoman Ronna McDaniel put forth, they should."

McDaniel wrote in her letter, "The RNC will initiate the process of amending the Rules of the Republican Party at our upcoming Winter Meeting to prohibit future Republican nominees from participating in CPD-sponsored debates." The meeting will take place next month.

DNC Chairman Jaime Harrison said in a statement to FOX that "Republicans can’t win a fair fight and they know it."

"After years of having their toxic policies exposed on the national stage, the RNC has decided they would rather hide their ideas and candidates from voters," Harrison wrote. "And during the last presidential election, the Republicans decided to not have a platform for the first time ever so it’s a natural progression, first no platform and now no debates. Regardless of the RNC’s tantrum, voters can count on hearing from President Biden and Vice President Harris who are proud of their records."

In 1988, Democrats and Republicans formed the CPD — the only organization capable of legitimately hosting presidential debates.

The debate commission said in a statement to FOX that it deals directly with candidates who qualify for participation in its debates.

"The CPD’s plans for 2024 will be based on fairness, neutrality and a firm commitment to help the American public learn about the candidates and the issues," the commission said.

But, the recent threat is a culmination of years of tension between the RNC and the non-partisan nonprofit, exacerbated by the last political debate cycle between then-President Donald Trump and Joe Biden.

Trump repeatedly accused the commission of unfair and unbiased treatment, and ultimately refused to participate in the second 2020 debate because he objected to it being held virtually during the COVID-19 pandemic.

If the debate commission doesn’t concede with the RNC’s request, Dennard said "we shall wait and see" what happens during the next debate season.

"Why would we as the RNC encourage our nominee to do something that is not fair, that is not objective," Dennard added. "That is all that we want: a fair and objective debate process for whoever he or she might be on either side."

It remains unclear what would ultimately take the debates' place if the Republican candidate were to boycott. The televised events provide voters with an opportunity to see the candidates appear side-by-side, and force those running to weigh in on a wide variety of domestic and foreign policy topics.

But, the potential change may not prove to be as impactful, as today, many people consume their news through social media, rather than television or print. Data from YouTube found that the average YouTube viewer watched the three 2016 presidential debates for an average of 22 minutes.

However, even if the RNC finally decides to skip presidential debates, the final say on whether to participate in the commission-sponsored debates will ultimately fall on the GOP’s eventual 2024 nominee. The nominee usually effectively controls the convention, which could easily strip the rule drafted by party insiders if the nominee believes it is in their interest to attend the debates.

In 1988, Democrats and Republicans formed The Commission on Presidential Debates — the only organization capable of legitimately hosting presidential debates.

Editor's note: An earlier version of this story misspelled Paris Dennard's last name. This version has been corrected.