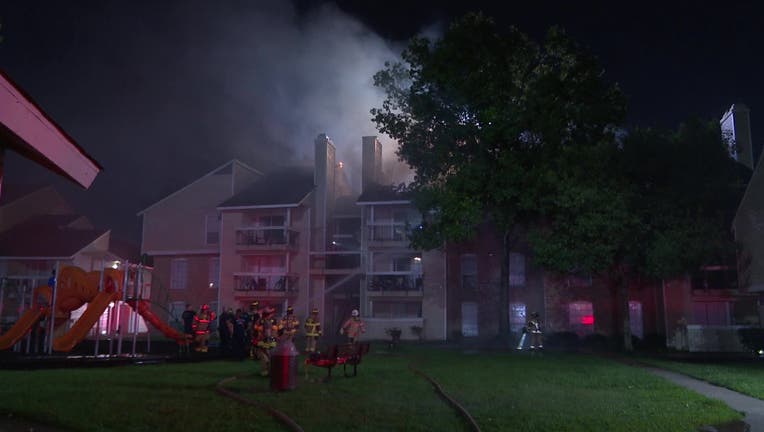 The Houston Fire Department at the scene of a fire on Bellfort.

HOUSTON - A dozen units were damaged and several residents displaced after a fire at an apartment complex in southwest Houston, officials say.

The Houston Fire Department responded to the 11600 block of West Bellfort around 10:25 p.m. Thursday.

According to HFD, when units arrived, there was fire from the first floor to the third floor.

It took firefighters about 20 minutes to get the bulk of the flames under control.

In all, officials say 12 units were damaged by fire, smoke or water. The Red Cross responded to the scene to assist displaced residents.

The cause and origin of the fire are under investigation.