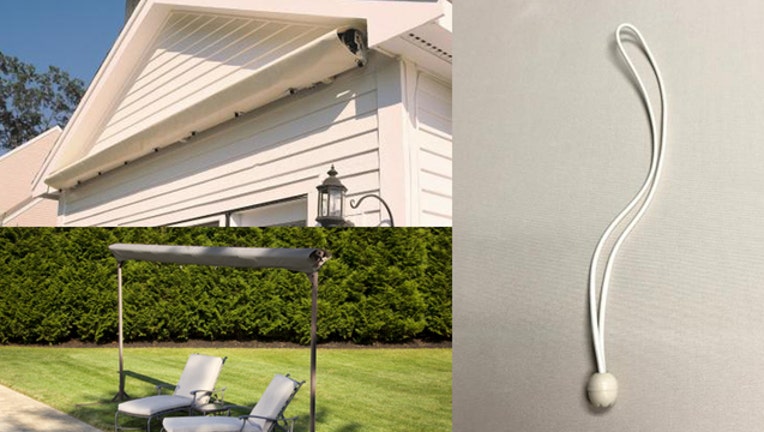 (Courtesy of the US Consumer Product Safety Commission)

According to the recall issued Tuesday, if a powered awning is activated while the cover is secured with bungee tie-downs, the awning can open unexpectedly when the cover is removed with enough force to strike a person standing in its path and cause them to fall.

14 incidents have been reported, six resulting in injuries and one in the death of a 73-year-old man who died after falling from a ladder and over a balcony when an awning opened unexpectedly and hit him when he was removing the tie-downs.

According to the recall, around 270,000 units in the US and about 11,000 in Canada were sold from June 1999 to January 2019 for about $100 or distributed as a promotional item or as part of a package with motorized awnings directly by SunSetter, through independent dealers nationwide, and through Costco Wholesale.

Customers are asked not to install or remove any covers until they receive instructions from SunSetter. Customers should call or email SunSetter for free breakaway safety clips to replace the bungee tie-downs. The recall says SunSetter is contacting all known purchasers directly.