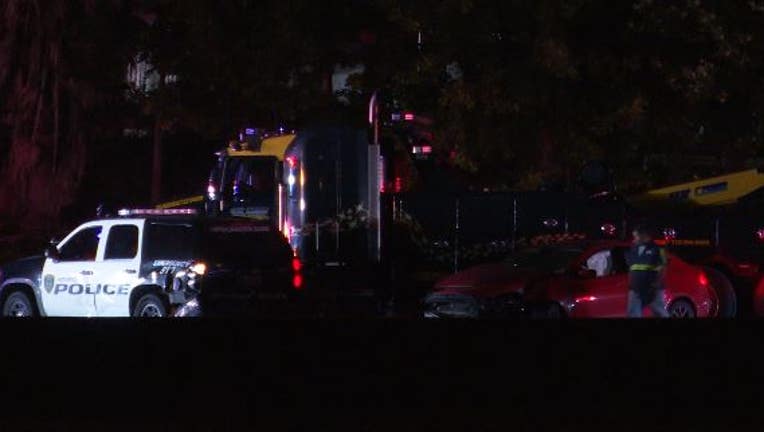 HOUSTON - It was quite the scene overnight Tuesday in south Houston, where two different train bridge wrecks were caused by an 18-wheeler and a few hours later, an HPD officer working one of the scenes, had his patrol SUV smashed into the wreckage because of cars racing late in the night.

According to officials, the first train bridge wreck happened at 9:30 p.m. at Wayside between Capitol & Polk. Limited details were provided but what we know is a big rig crashed its haul in the train bridge running over Wayside Dr. 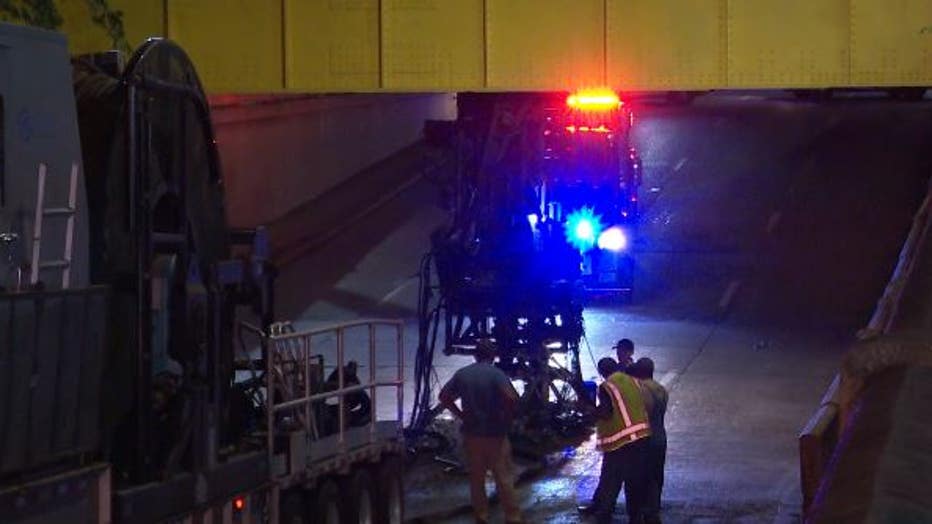 As a result, crews had to close down the southbound lanes while they worked to pick up the debris and equipment left behind but finished before midnight.

However, around 11 p.m., Houston police say a second 18-wheeler's haul hit the underside of a train bridge while heading eastbound on I-10 and Wayside and got stuck there. Officers say they had all but the left lane shut down while wreckers worked to get the truck out and the metal box wedged under the bridge. 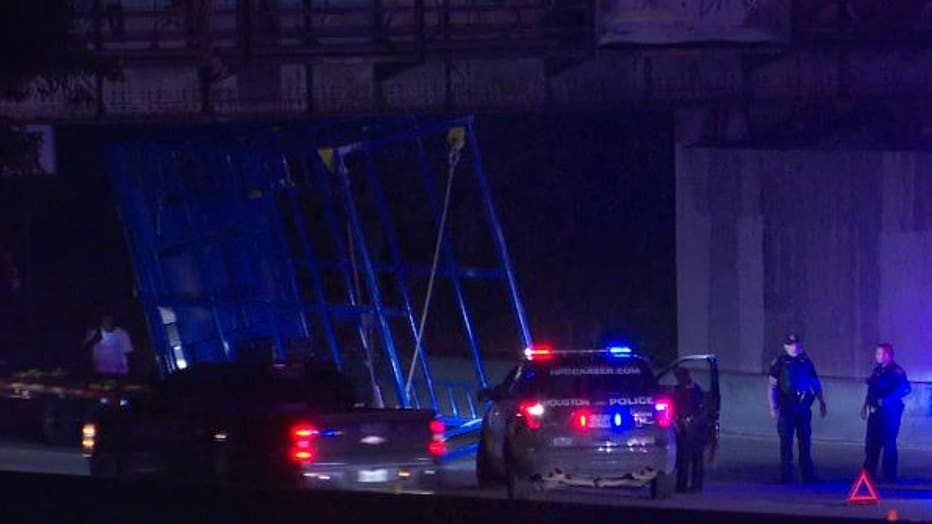 A few hours later, authorities say, three cars were spotted racing in the area and were making their way towards the accident scene.

An HPD patrol vehicle was blocking the scene, officials say, when three cars were speeding down the eastbound lanes, when one of the racers in a red car rear-ended the officer's SUV, and the impact from that car, caused it to crash into a heavy-duty wrecker. 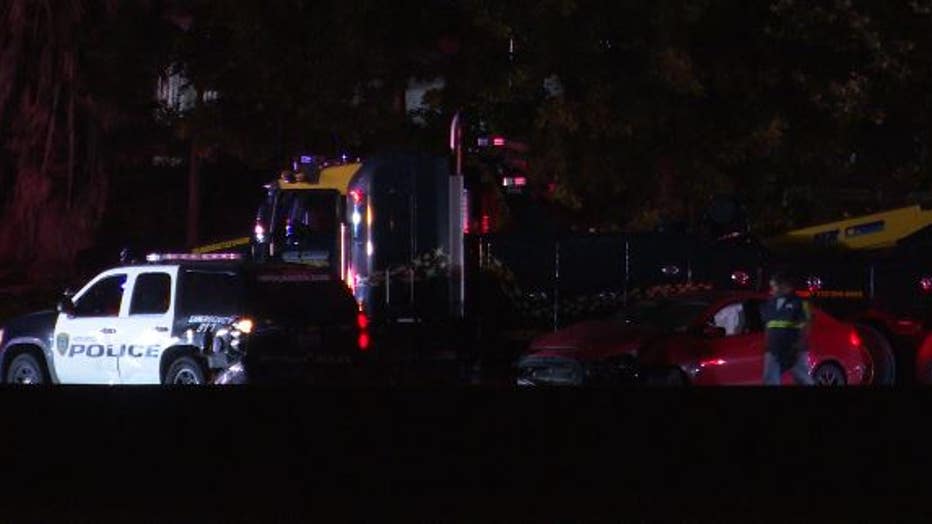 Both the driver of the red car and the officer suffered minor injuries but did not need to be taken to the hospital. 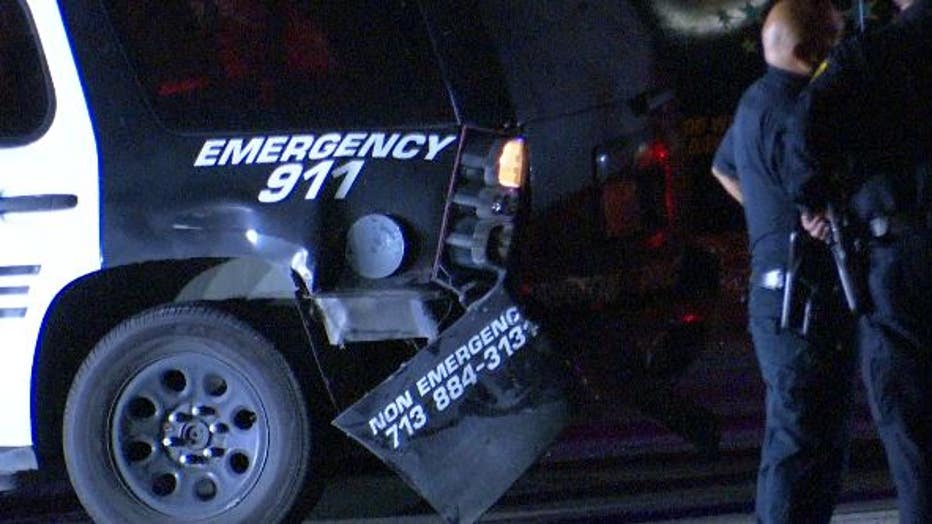 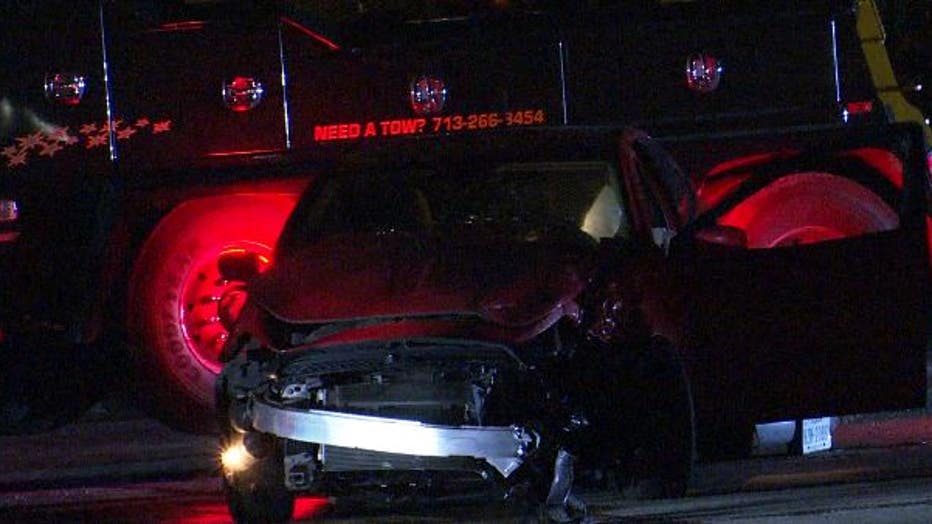 Meanwhile, all three racers were arrested and will face felony charges for racing, which the District Attorney's Office has accepted.