Queen Elizabeth II, the longest-reigning monarch in British history, has died after 70 years on the throne. She was 96.

In May 1991, Queen Elizabeth II became the first British monarch to set foot on Texas soil.

The Queen, along with her husband Prince Philip, spent three days in the state as part of a tour of the United States.

"No state commands such fierce pride and loyalty. Lesser mortals are pitied for their misfortune in not being born Texas," said the Queen during her visit. 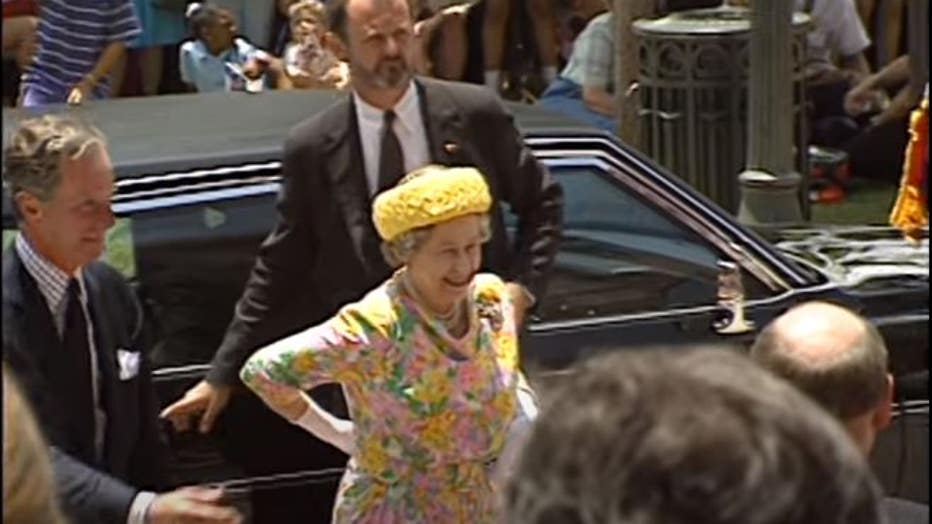 Queen Elizabeth in Austin in May 1991

The Texas leg of the trip began with a visit to Austin. On May 20, the capitol city rolled out the red carpet for the Queen.

Hundreds of school children sang and danced as the monarch looked on with Texas Governor Ann Richards by her side.

Richards' granddaughter gave Queen Elizabeth some of her favorite flowers.

Gov. Ann Richards and former first lady Lady Bird Johnson toasted the monarch at a formal reception and dinner for 240 people at the Lyndon B. Johnson Library and Museum, located on the University of Texas campus.

During a trip to the Texas statehouse a formal resolution was passed welcoming her to Texas. She was also presented her with pairs of boots for her grandchildren.

"I thank you and the members of both houses for this generous resolution and also your very kind gifts for my grandchildren," said the Queen.

Members of the press traveling with the Queen said the crowds in Austin were among the largest they had seen in her tour of the U.S.

"She was really delighted with the crowds, and I was too," said Governor Richards.

On May 21, the Queen and Prince made a trip to San Antonio.

The pair arrived at Kelly Air Force Base in the morning before being taken to the Alamo for a tour of the mission.

Great Britain was one of the first European nations to recognize the fledgling Republic of Texas 151 years ago.

The couple rode a barge along the San Antonio River through downtown before seeing La Villita, a historic village, then meeting with local dignitaries at the Institute of Texan Cultures. 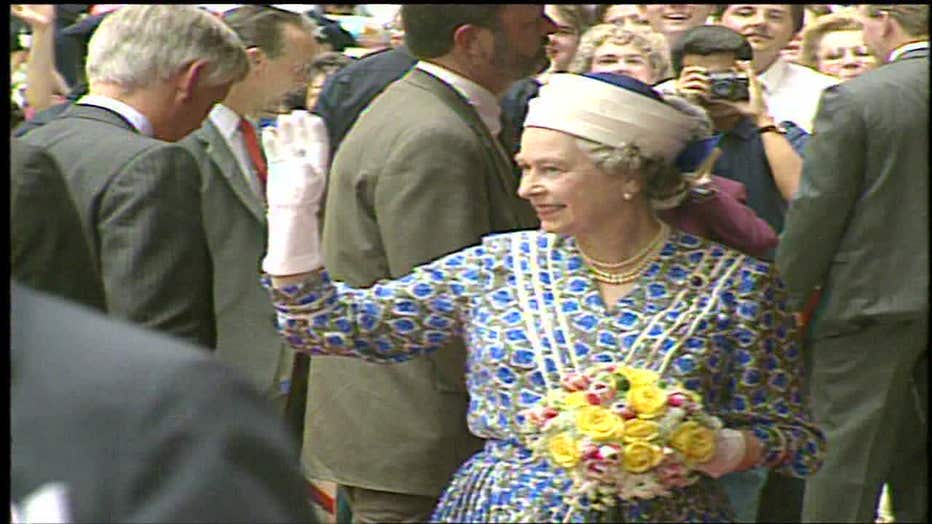 The royal couple arrived at Love Field Airport where she was introduced to Dallas Mayor Annette Strauss and Mayor Kay Granger of Fort Worth, while a band played "The Yellow Rose of Texas" and the theme from the popular TV show "Dallas".

The queen's first stop in Dallas was the Adolphus Hotel, where she stayed.

The queen then was taken to the Meyerson Symphony Center where the Dallas Wind Symphony performed ″God Save the Queen″ and ″The Star-Spangled Banner.″ A mariachi band also played, as members of the Ballet Folklorico Hispano de Dallas performed two ethnic dances from the Mexican state of Jalisco.

Later that evening, the Queen and Prince Philip were taken to the Hall of State at Fair Park to honor the 150th anniversary of Dallas.

On May 22, Queen Elizabeth and Prince Philip traveled to Houston where she was greeted by then-Mayor Kathy Whitmire.

The Queen then toured the NASA Johnson Space Center where she viewed exhibits of space suits and toured Mission Control.

She also visited a VA Medical Center and the Museum of Fine Arts.