When Christine Horley's Pride flag was stolen from her Walnut Creek front yard earlier this year, she posted about it on Nextdoor and the next day, her neighbors dropped off three other colorful flags to replace the one she had lost.

WALNUT CREEK, Calif. - When Christine Horley's Pride flag was stolen from her Walnut Creek front yard earlier this year, she posted about it on Nextdoor and the next day, her neighbors dropped off three other colorful flags to replace the one she had lost.

However, nothing could replace that particular flag.

The stolen flag used to belong to her daughter, Aisha, who identified as openly bisexual and died by suicide last year at the age of 19.

"She loved Pride," Horley recounted on Tuesday. "She went to the parades in San Francisco and Europe."

Even so, Horley was immensely touched that now she had three donated flags to decorate her home.

But when her older daughter, Briana, 29, visited her on June 1, the official start of Pride month, she noticed that thieves had struck again.

One of the flags was gone.

"We were obviously upset," Briana Horley said. "Walnut Creek prides itself on being so open. But it's shocking just how conservative some people are." 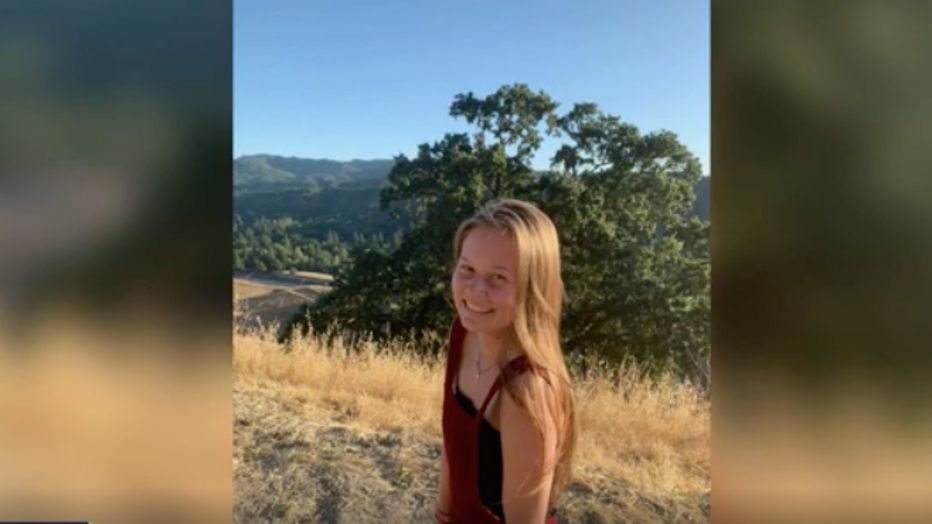 Aisha Horley of Walnut Creek died by suicide at age 19.

But instead of staying down, Briana Horley and her co-workers from her veterinary clinic spent the weekend painting her mom's fence in beautiful, rainbow colors.

"It's going to be much harder to steal this," Christine Horley recalled her daughter saying.

Now, it seems as though the rainbow fence is a magnet for good wishes.

Christine Horley said a group of teenage boys recently walked by, pumping their fists in the air and shouting how proud they were to see this Pride-colored fence in the neighborhood.

The entire experience has been a bittersweet one: From the loss of a beloved daughter and sister, to the theft of a flag, to neighbor and community support and small signs of human kindness.

Through it all, Christine Horley can't stop thinking about how her late daughter, Aisha, would have felt.

"She would love this," she said, referring to the bright fence in her family's yard. "She just would have been all over that."