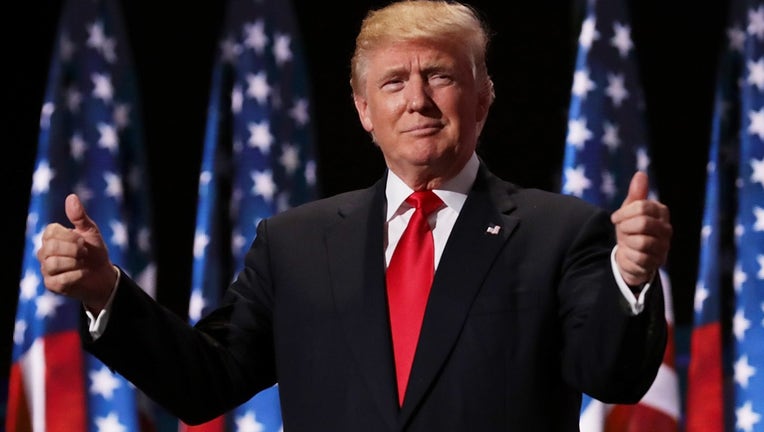 WASHINGTON (AP) -- President Donald Trump said Tuesday that he's ready to use his "big voice" to bolster Republicans' 2020 campaign hopes as he heads west for a four-day visit mixing policy and politics.
Trump's trip will be packed with big-dollar fundraisers, a trio of campaign rallies meant to energize his base and a sprinkle of official presidential events where he can showcase administration actions and offset some of his travel costs.
The trip to California, Nevada, Arizona and Colorado is an unusually long domestic trip for Trump, who prefers to sleep in his own bed but is stepping up his political travel now that his impeachment trial is over. He was expected to raise $14 million at two California campaign fundraisers,according to a Republican official familiar with planning of the events. That money will be split among his campaign, the Republican National Committee and 22 Republican state parties.
Trump will spend his overnights in Las Vegas just as Democrats have descended on the state ahead of a debate there Wednesday and Nevada's Democratic caucuses on Saturday. The rallies will take him to two states with vulnerable Republican senators -- Cory Gardner of Colorado and Martha McSally of Arizona. Both stood by Trump during the Senate's impeachment trial.
Trump also announced that he will soon head to South Carolina to campaign, likely the day before Democrats in the state hold their primary on Feb. 29.
"Look -- we have a big voice, and we might as well use it," Trump told reporters before departing Washington.
In Los Angeles on Tuesday, Trump is also set to meet with the Los Angeles Olympic committee "for an update on their efforts to prepare for the 2028 Summer Olympic Games," the White House said. He is scheduled to attend a campaign fundraiser in Beverly Hills before continuing to Las Vegas, where he is expected to stay at his private hotel just off the Las Vegas Strip.
On Wednesday, Trump will fly to Rancho Mirage, California, to billionaire Oracle co-founder Larry Ellison's estate, which includes a private golf club, where his campaign is hosting a golf outing and fundraiser. Ellison previously hosted President Barack Obama at the course, which, like others in the arid Coachella Valley, has faced scrutiny for high water usage.
Trump will then visit Bakersfield, California, the hometown of House Republican leader Kevin McCarthy, "to speak with hardworking farmers in the Central Valley about efforts to dramatically improve the supply and delivery of water in California and other Western states," the White House said.
Trump will then hold a rally in Phoenix before returning to Las Vegas.
On Thursday, Trump will speak at the Hope for Prisoners Graduation Ceremony held at the Las Vegas police headquarters, the White House said, adding that the president intends to focus on efforts "to provide previously incarcerated Americans with second chances." He will hold another rally in Colorado Springs, Colorado, before flying back to Las Vegas.
He will hold a final rally in Las Vegas on Friday.
The trip comes as he is stepping up his campaign activity before the November election and as pro-Trump groups raised a combined $60 million in January, shattering fundraising records.
Before departing, Trump also could not help but tweak his Democratic presidential rivals, and he feigned concern that Democratic front-runner Sen. Bernie Sanders is getting a raw deal from party leaders.
The Democratic National Committee announced earlier Tuesday -- following a change of debate qualification rules -- that former New York City Mayor Mike Bloomberg has qualified to take part in Wednesday's debate in Nevada. The billionaire Bloomberg is self-financing his campaign and has faced criticism from Sanders and other Democratic rivals that he's attempting to buy the party's nomination.
"Always be careful what you wish for, and I'm not wishing for anything," said Trump, who insists he doesn't have a preferred Democrat he'd like to face in November. "Whoever it is, I'll be very happy."