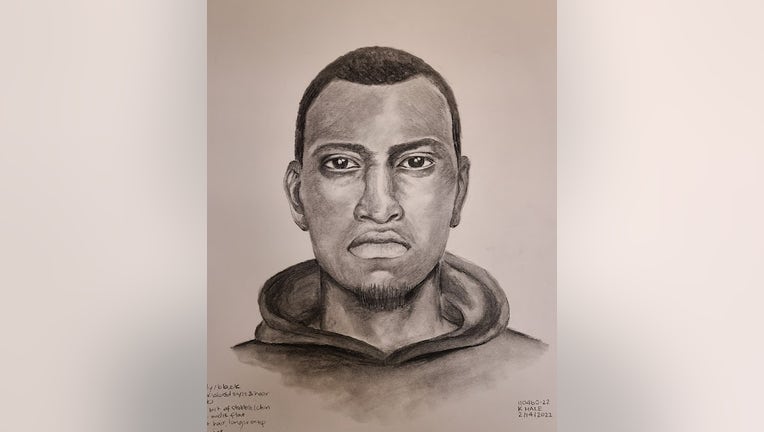 HOUSTON - Houston police need the public's help to identify the suspects in the robbery and shooting of a man at a local park.

Authorities say the man was walking on a trail at a park in the 5900 block of Dryad on around 9 p.m. January 25 when the robbery occurred.

The man told police that two unknown male suspects came out of the bushes, and they forced him off the trail and into a ditch.

The suspects fled in an unknown direction.

Police released a sketch of one of the suspects, who is described as a Black male, 25 to 30 years old, skinny and about 5’7" tall.