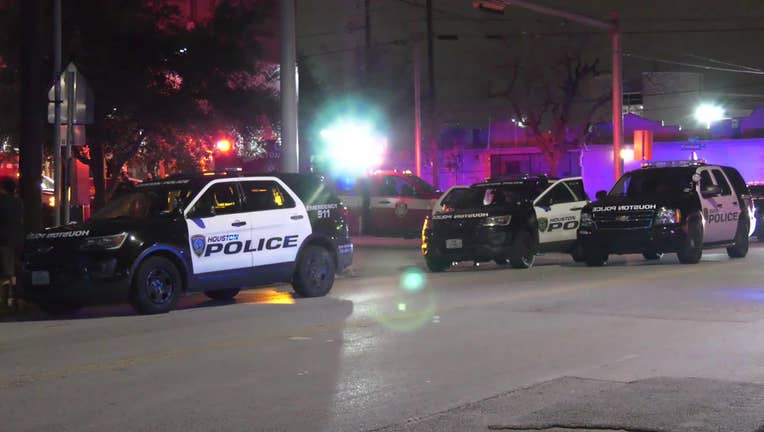 HOUSTON - Police say a man was shot during an argument at a bar in Houston.

The shooting occurred around 1:30 a.m. Tuesday in the 700 block of Hogan Street.

Officers responded to a call about a suspicious event. When they arrived, someone exiting the bar reported that someone had pulled out a firearm.

Police say another person who came out of the bar reported that someone had been shot.

Police entered the bar and made sure the suspect wasn’t still inside, and then HFD treated the man who had been shot.

According to police, there was some type of argument, and one suspect pulled out a firearm and shot the man.