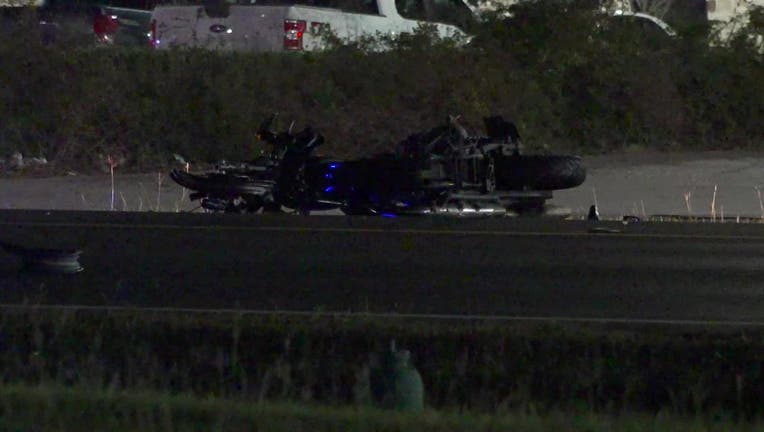 Authorities are asking for the public’s help to identify a driver accused of fleeing from the scene of a deadly motorcycle crash.

The Harris County Pct. 4 Constable’s Office says the motorcyclist was traveling westbound on FM 1960 when a vehicle traveling eastbound turned into a parking lot and struck the victim.

Authorities say the man was ejected from the motorcycle, and a black SUV then struck the victim on the roadway. According to Pct. 4, the driver of the SUV did not stop to render aid. The SUV may be a Lincoln Navigator.

"The investigation continues to identify the driver of the black SUV. If you have any information regarding this case, you are urged to contact our dispatch at 281-376-3472,” Constable Mark Herman said.

The Constable's Office said the drivers of the other vehicles involved, including one that struck debris, remained at the scene.