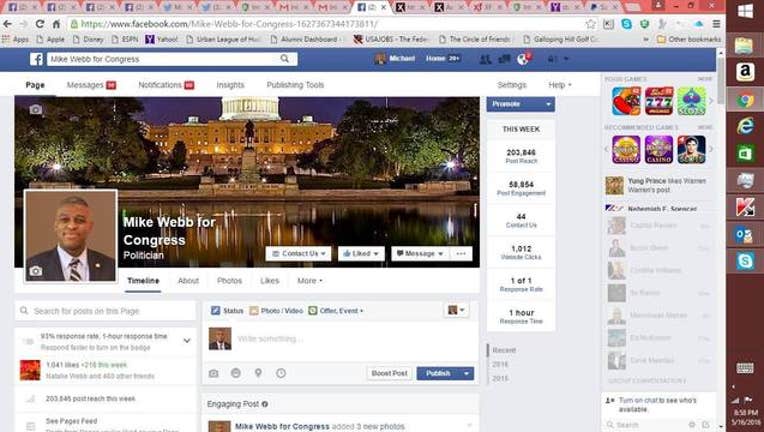 A Virginia congressional candidate learned the hard way, after posting a screengrab on Facebook that happened to display his earlier X-rated browser searches in the upper-left corner of the screen.

Webb originally had posted the screengrab of a Google search after claiming he received a prank call about a job offer, which he hinted may have come from a local Republican official.