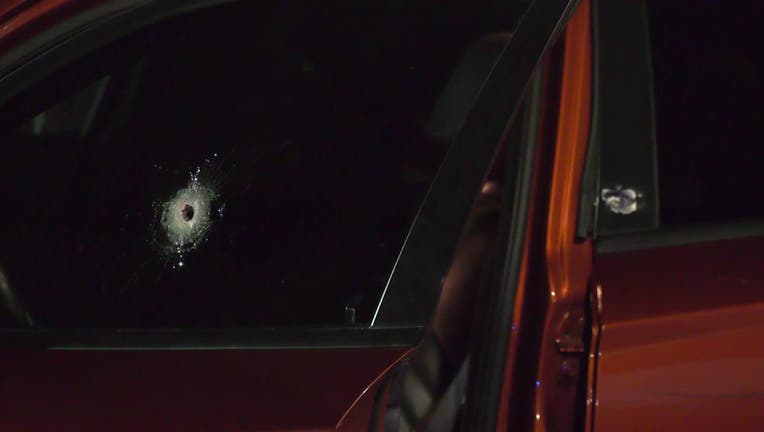 Authorities investigate a shooting involving a deputy on Main Street.

HOUSTON - An off-duty Harris County deputy working a security job outside of a nightclub shot a driver who pinned him up against another vehicle, authorities say.

Houston police officers responded to a call in the 2400 block of Main Street around 1:20 a.m. Thursday.

According to the preliminary investigation, police say some off-duty deputies were working security jobs in uniform and noticed a suspicious vehicle in the parking lot outside of a nightclub.

A deputy approached the burnt orange car to speak to the driver, and the driver pulled out aggressively, pinning the deputy, police say.

At some point, police say, the officer fired two shots into the vehicle. Authorities say the driver tried to exit the parking lot through a closed gate, but wasn’t able to.

When deputies got the driver out of the car, they saw he had been shot in the hand.

The deputy and the driver were both taken to the hospital and were last reported to be in stable condition.

Police say a passenger in the car ran away, but they would like to speak to him.