As the COVID-19 pandemic rages on, President-elect Joe Biden introduced key members of his health team.

LOS ANGELES - The United States added more than 1 million coronavirus cases in the first five days of December, as the country continues to hit record averages for virus cases and deaths.

In total, the nation added more than 4 million new cases last month alone, more than double the 1.8 million cases reported in the month of October, according to data from Johns Hopkins University.

Deaths from the disease have also soared to more than 2,200 a day on average, matching the peak reached in April.

Cases per day have eclipsed 200,000 on average for the first time on record, with the crisis likely to get worse because of the fallout from gatherings at Thanksgiving, Christmas and New Year’s.

Dr. Michael Ryan, the World Health Organization’s chief of emergencies, says: “The epidemic in the U.S. is punishing. It’s widespread. It’s quite frankly shocking to see one to two persons a minute die in the U.S. -- a country with a wonderful, strong health system, amazing technological capacities.” 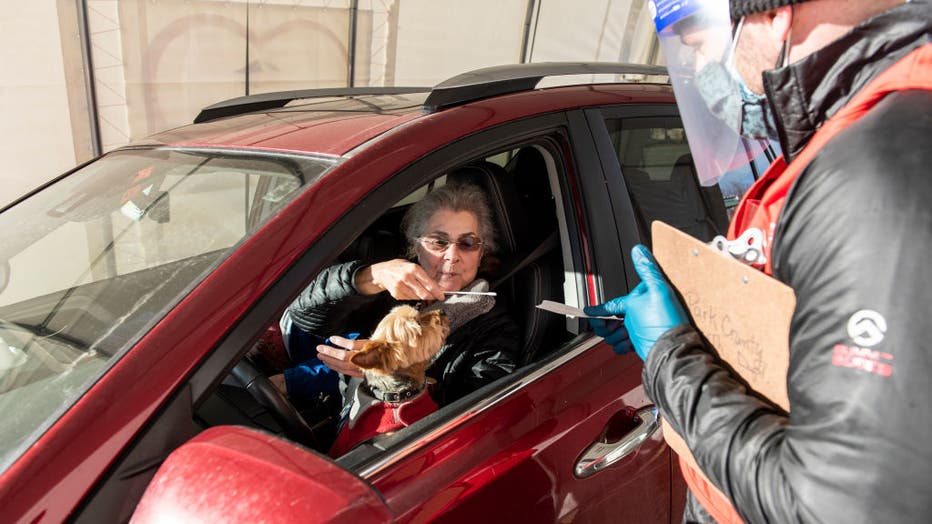 The WHO's Ryan said that the U.S. is accounting for one-third of all world cases over the last several weeks and that the “brutal reality” is that holiday hugs are ill-advised.

The coronavirus has caused more than 284,000 confirmed deaths and nearly 15 million confirmed infections in the United States.

A panel of Food and Drug Administration advisers will meet on Thursday to decide whether to recommend vaccinating millions of Americans with the Pfizer formula.

The FDA recently released its first scientific evaluation of Pfizer’s COVID-19 vaccine and confirmed it offers strong protection, setting the stage for the government to green-light the biggest vaccination effort in the nation’s history.

Britain on Tuesday began vaccinations with the shot made by Pfizer and German partner BioNTech. The FDA later this month will consider one developed by Moderna. Also Tuesday, a medical journal published early data suggesting a third shot, AstraZeneca's, also protects people, though not as much as the U.S. frontrunners.

The vaccines emerged from an all-out worldwide race and are reaching the market less than a year after the virus was even identified — a remarkable scientific achievement that shaved years off the usual process.

The encouraging developments comes as the coronavirus continues surging across much of the world. The scourge has claimed more than 1.5 million lives.