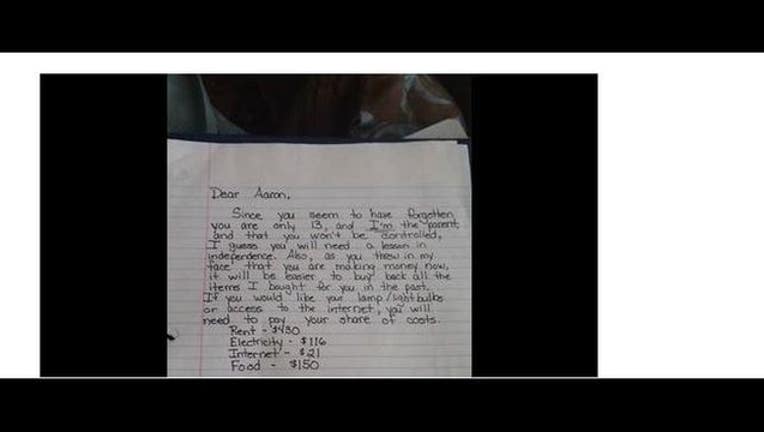 Hey Folks! If you are even the least bit curious about the background of this letter, here is a link to what lead up to...

An Australian mom's note to her son went viral this week after she posted it on Facebook, calling on 13-year-old Aaron to stop acting like a "roommate."

The mom, Heidi Johnson, later explained that the disagreement with her son stemmed from the fact that he was making a little bit of money off of his YouTube channel and bragged about it during an argument.

So what did she do?

She listed how much it would cost him (more than $700 a month) if she charged him for his share of the rent, utilities and other expenses.

Johnson, who used an alias in her first post, explained that he'd need to start cooking and cleaning, and pay a $30 "maid fee" if he refused.

In a follow-up post, she said that she initially only wanted family and friends to see the note, but mistakenly marked it as "public."