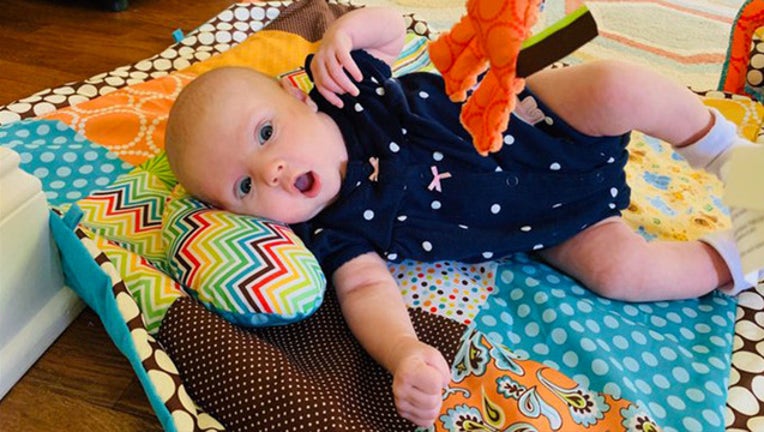 ASHEVILLE, N.C. (FOX 46 CHARLOTTE) - UPDATE: Shaylie was found safe in Henderson County, Asheville police say. The incident is under investigation at this time.

Asheville Police are searching for a seven-week-old baby who was kidnapped.

Shaylie was taken from Biltmore Park on Thursday, May 9, police say. She was last seen wearing a pink onesie with white horizontal stripes.

The two suspects, a white man and woman, are both described as thin. Police say the woman has black hair, the man is a redhead, and both were wearing ski masks.

The suspect vehicle, a silver 2014 Mazda CX5 with the NC tag EMX-5984, was found on a road in Henderson County.

Anyone with information is asked to call the Asheville Police Department or 911 immediately.