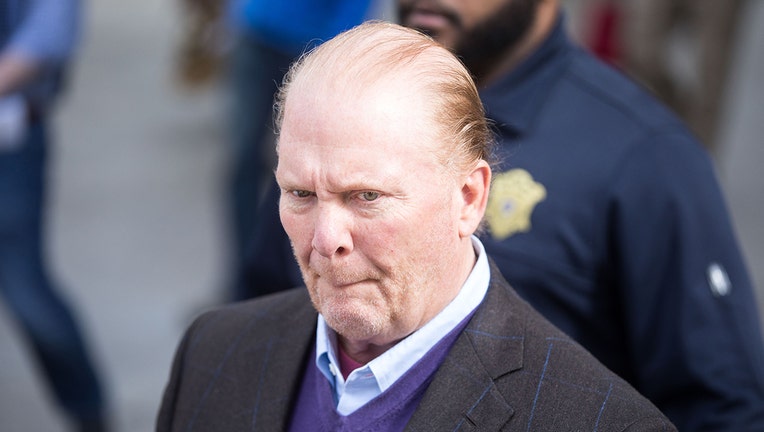 The money will be split among at least 20 former employees of B&B Hospitality and their Manhattan restaurants Babbo, Lupa and the now-closed Del Posto, all of which Batali co-owned with Joseph Bastianich until March 2019, Attorney General Letitia James announced Friday.

The company must also revise employee training materials and submit reports to the attorney general's office for the next three years documenting harassment and discrimination training and policies.

Batali, whose high-flying career crumbled amid myriad sexual harassment and misconduct allegations, was accused in the New York investigation of pulling a waitress' hand toward his crotch as she served him and showing a waiter an unwelcome pornographic video.

Chefs and managers at the Batali-owned restaurants were accused of degrading women with misogynistic comments and showing favoritism to male employees.

In one instance, according to James' investigation, a restaurant manager told female servers to wear makeup and get breast implants. The manager also referred to female employees as "sensitive" and "little girl" in front of guests, the investigation found.

Juliana Imperati, a former line cook at Del Posto, said in a statement that the restaurant's leadership made employees feel "as if it is a rite of passage to be harassed at work."

"When my female coworkers and I were being sexually harassed by multiple people at Del Posto, the restaurant's leadership made us feel as if we were asking for it — as if it is a rite of passage to be harassed at work."

Messages seeking comment were left for lawyers for Batali and Bastianich. Both men's signatures appeared on the settlement agreement, dated Thursday.

In a statement, James said Batali and Bastianich permitted "shameful behavior" in the workplace.

"Celebrity and fame does not absolve someone from following the law," James said. "Sexual harassment is unacceptable for anyone, anywhere — no matter how powerful the perpetrator."

Batali, known for his orange Crocs and ponytail, stepped down from day-to-day operations at his restaurant empire and left the since-discontinued ABC cooking show "The Chew" in December 2017 after four women accused him of inappropriate touching.

Batali apologized that month, saying the allegations "match up" with the ways he has acted.

"I have made many mistakes and I am so very sorry that I have disappointed my friends, my family, my fans and my team," Batali said in an email newsletter. "My behavior was wrong and there are no excuses. I take full responsibility."

In 2018, New York City police said they were investigating allegations of sexual misconduct against Batali after a woman told "60 Minutes" he drugged and sexually assaulted her in 2005. Batali denied assaulting the woman and no charges have been filed.

In 2019, Batali was charged with indecent assault and battery for allegedly forcibly kissing and groping a woman at a Boston restaurant in 2017.