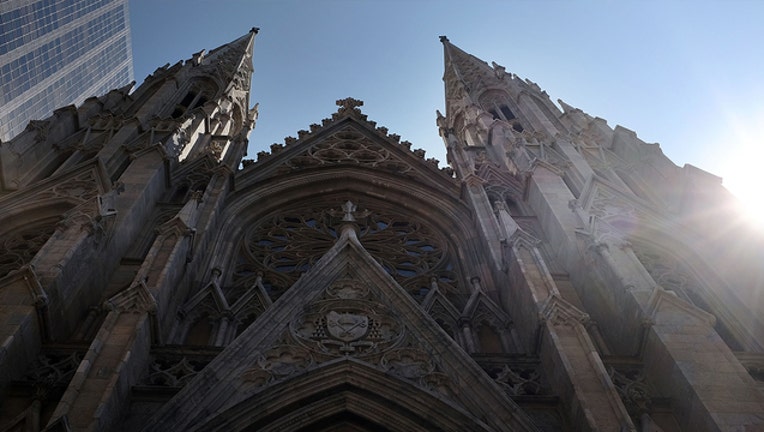 St. Patrick's Cathedral, the seat of the Roman Catholic Archdiocese of New York

NEW YORK (AP) - A New Jersey man has been detained outside St. Patrick's Cathedral in New York City with two jugs of gasoline.

He had booked a plane ticket to Rome for this afternoon.

Investigators say there is no confirmed link to terrorism.

Police say church personnel stopped the 37-year-old man from entering the landmark cathedral in Manhattan at about 9 p.m. Wednesday. Authorities were investigating whether the unidentified man is emotionally disturbed.

There is currently a heavy police presence outside the cathedral on Fifth Avenue. The incident comes just days after flames ravaged the Notre Dame Cathedral in Paris.

St. Patrick's Cathedral, which was built in 1878, has installed a sprinkler-like system during recent renovations and its wooden roof is coated with fire retardant.