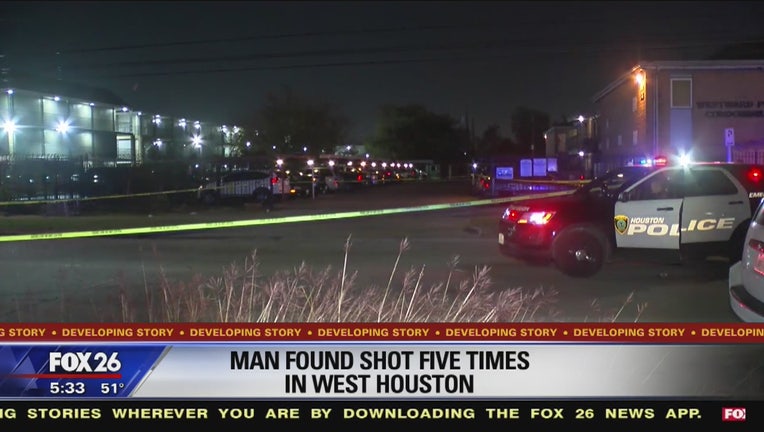 HOUSTON - Houston police are investigating a shooting in west Houston that left a man in critical condition.

Officers responded to the shooting on Westward Street around 10:30 p.m. Sunday.

According to police, the 26-year-old victim was with his brother and a female in the laundry room of an apartment complex when an unknown male suspect shot him multiple times.

Police say the victim, or one of the other people with him, returned fire. It is unknown if the suspect was struck.

After the shooting, the victim, his brother and the female walked toward the complex exit, and the victim collapsed just outside the complex in the grass.

He was taken to the hospital in critical condition.

Anyone with information is asked to call the Houston Police Department Major Assaults & Family Violence Division at 713-308-8800 or Crime Stoppers at 713-222-TIPS.