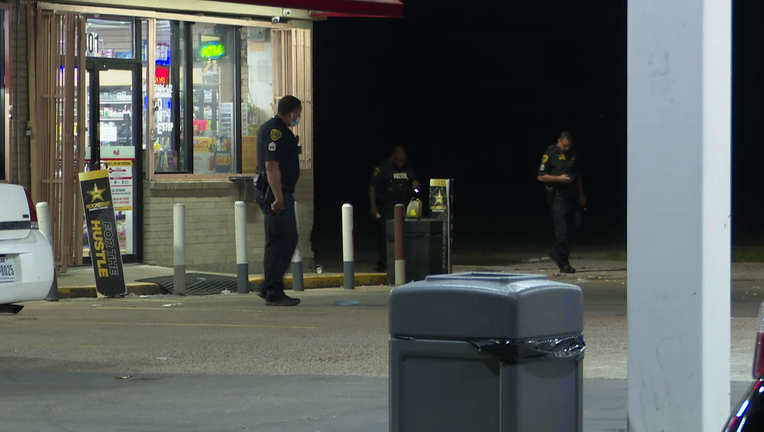 When officers arrived on the scene, the found a man with a gunshot wound to the shoulder.

He was taken to a nearby hospital where he is expected to survive.

The victim told police that he confronted a group of teens in the parking lot of the Shell station, urging them to show some respect to the elders in the area.

Police said that's when one of those teens pulled a weapon and shot him.

Authorities said they have a good idea of who the suspect is, and they are out looking for him.