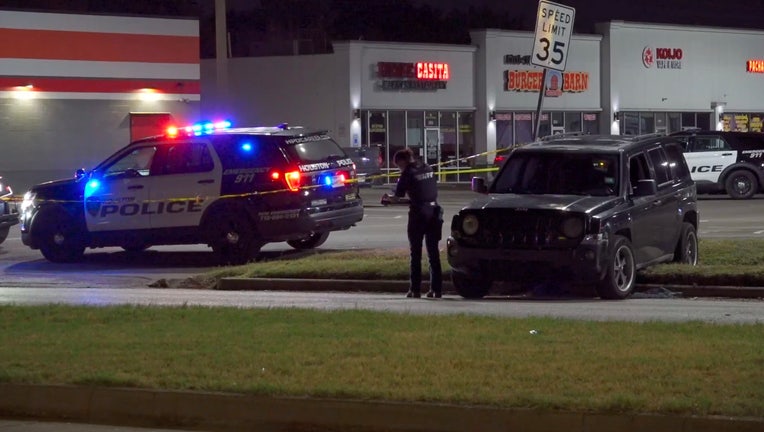 HOUSTON - A man was found dead in a vehicle in northwest Houston overnight.

Houston Police say they were called to a report of a shooting around 12:15 a.m. Thursday in the 5100 block of Antoine Drive.

Officers arrived and found the male with a gunshot wound to the head sitting in a Jeep SUV. Officers describe the victim as a Hispanic man in his early 20s.

Investigators were able to locate surveillance footage of the shooting. Video shows a white sedan follow the SUV into the parking lot of a strip.

As the SUV tried to leave, police say the driver and passenger of the sedan get out and start shooting at the victim. Then they drove away from the scene.

There were no witnesses to the shooting, but patrons of a business on the strip heard the gunshots.

A few parked cars were struck by bullets as well.

If anyone has information on the shooting, they are asked to call HPD's Homicide Division at 713-308-3600.