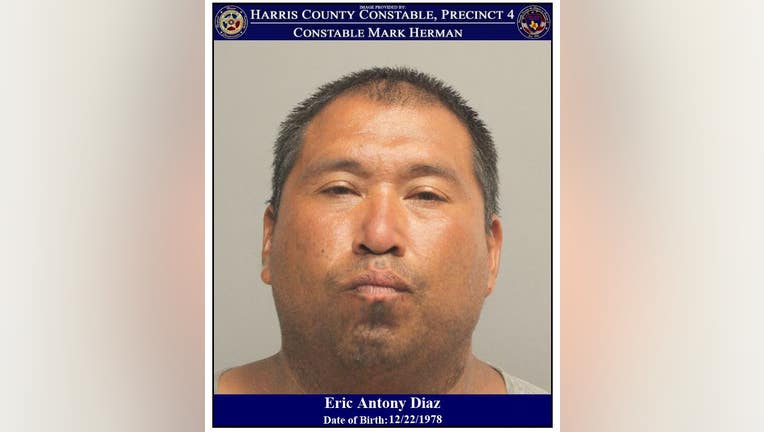 HARRIS COUNTY, Texas - One man is facing charges after police said he threatened a taco truck employee with a saw.

According to a release from the Harris County Constable Pct. 4 office, they responded to a disturbance in the 4900 block of West FM 1960.

The victim reported that the man, later identified as Eric Diaz, 41, approached his taco truck, screaming obscenities and threatened him while waving a saw around in cutting motions.

The victim told police that he locked himself inside the truck and called authorities.

When deputies arrived, they saw Diaz in the parking lot of a business with the saw in his hands.

Diaz was taken into custody without incident.

Diaz is charged with aggravated assault with a deadly weapon.
His bond has been set at $50,000.