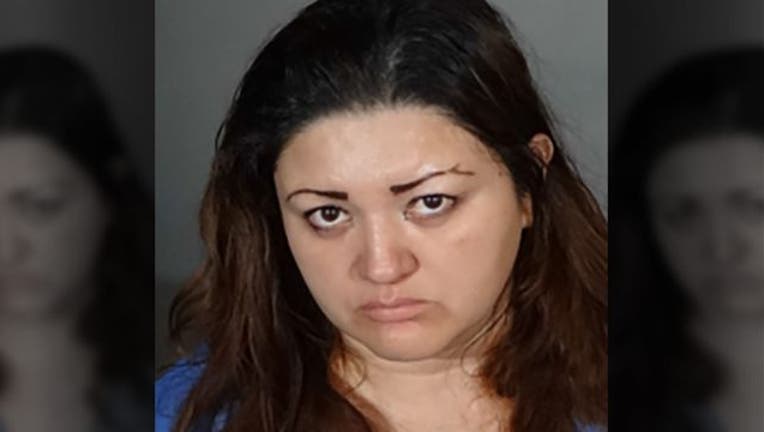 Veronica Aguilar, an undocumented Los Angeles woman, is on trial for alleged murder and child abuse – her malnourished 11-year-old son was found dead weighing 34 pounds in a closet, according to a report. (Los Angeles Police Department)

LOS ANGELES, Calif. (KTVU) - Authorities are investigating a bizarre case in Los Angeles after a 10-year-old boy was found dead in a closet, weighing only 34 pounds.

According to KABC, the boy's mother, Veronica Aguilar, is on trial for his murder and accused of keeping her special needs son, Yonatan, locked away.

"I saw a very gaunt, frail-looking child, who at that time to me looked like a 5, 6 or 7-year-old boy," LAPD Detective Abel Munoz told the news outlet.

The mother of four apparently kept Yonatan a secret from his stepfather and hidden in a closet for three years from the rest of his family.

The boy's stepdad, Jose Pinzon, testified that she had told him she sent the boy away to Mexico for treatment, KABC reported.

Pinzon also claims Aguilar mentioned on several occasions about sending the boy back to Mexico where he might get better medical treatment.

Pinzon said he never noticed Yonaton was at the home. He worked long hours and slept on the floor of the tiny one-bedroom apartment away from his wife and children.

He said he was angry and confused when he learned the boy hadn't been sent to Mexico and was found dead inside the home.

Pinzon said the woman was undocumented and felt helpless.

A doctor testified the boy was so malnourished that his knee bones were the biggest part of his legs.