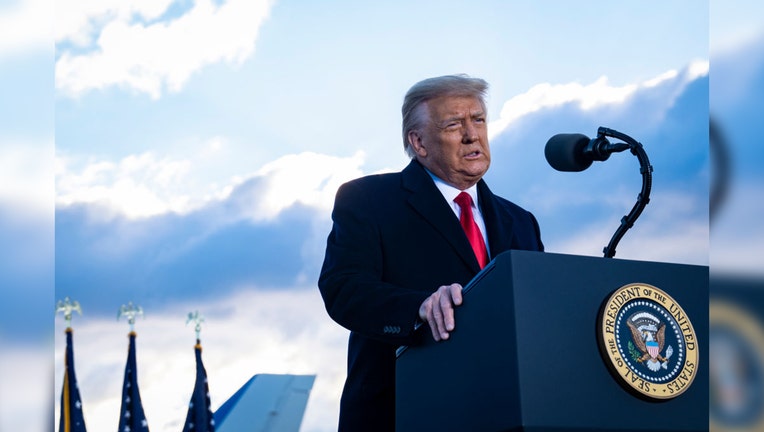 HOUSTON - A national tour, featuring a series of live conversations, with former President Donald Trump and journalist Bill O’Reilly, will be coming to Houston in December, according to a release.

The event will take place on December 18 at the Toyota Center.

A release stated, "From January 2017 to January 2021, the 45th President of the United States presided over an especially intense period for the United States of America. From the pandemic that killed hundreds of thousands, to the speedy development of the vaccine, to the rise of the economy, to the global challenge from China, Donald Trump was the dominant decision-maker and the most powerful person in the world."

According to a release, the tour dubbed, "The History Tour," President Trump will provide a never before heard inside view of his administration.

President Trump and Journalist Bill O’Reilly will discuss exactly how things were accomplished, as well as challenges, both good and bad, according to the release.

"These will be wonderful but hard-hitting sessions where we’ll talk about the real problems happening in the U.S., those that the Fake News Media never mention. I will be focusing on greatness for our Country, something seldom discussed in political dialogue. If we don’t make our Country great again, we will soon no longer have a Country! I look forward to working with Bill, who right now has the #1 bestselling book, to openly discuss the real problems of our Country, and how to solve them. Additionally, it will be fun, fun, fun, for everyone who attends!" Trump said in the release.

"My job as a historian/journalist is to get important things on the record in a fact-based way. These conversations with the 45th President will not be boring," O’Reilly said in the release.

Tickets will go on sale on Monday, June 14 at 10 a.m. at ToyotaCenter.com for the Houston date.