Kelly Ripa wrote about having a strained relationship with Regis Philbin. Kathie Lee Gifford, who worked with Philbin for 15 years and remained friends with for decades, reacted to Ripa.

NEW YORK - They sat side by side for more than 15 years as two of the greatest TV talk show co-hosts of all time, first in 1985 on "The Morning Show" and then together nationally in 1988 for "Live! with Regis and Kathie Lee."

So it came as no surprise that Kathie Lee Gifford recalled only positive memories working with Regis Philbin amid claims Kelly Ripa, who filled in Gifford's seat in 2001 when she left the show the year before, had difficulties with the late broadcaster.

"I’m not going to comment on Kelly’s story. It’s hers. She can say whatever she wants," Gifford exclusively told Fox News Digital. "I’m a big believer in freedom of expression. I don’t believe we’re supposed to cancel anybody. She has the right to tell her story as she remembers it."

Ripa, a former "All My Children" star, caught criticism earlier this month when excerpts of her new memoir revealed her "great privilege" of working with Philbin, also came the great burden of a less than "easy working relationship." 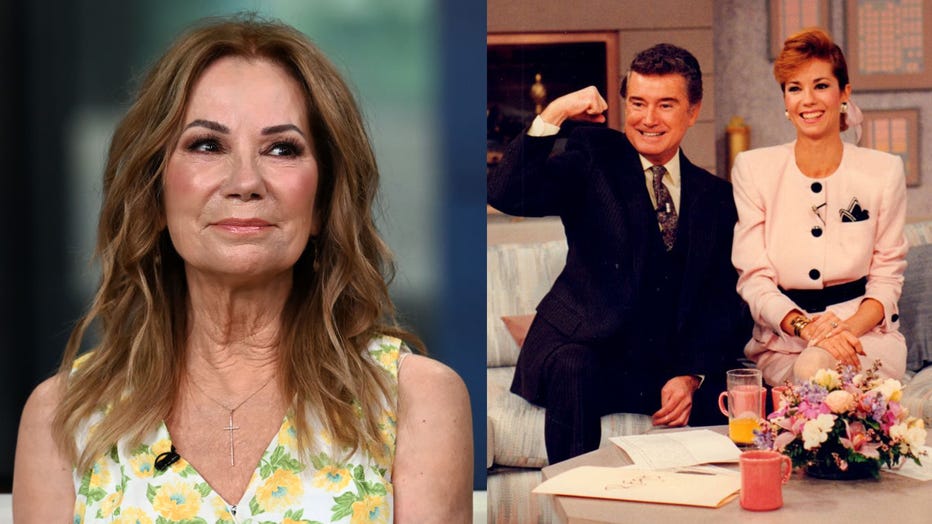 "My experience with Regis was one of the greatest experiences of my entire life," Gifford said. "I worked with him for 15 years. We never had one unkind word between us."

"The God of the Way" author explained that her desire to leave the show while it was at the top of its game in 2000 was to pursue her own artistic passions.

"I wanted to be a writer and a singer and an actress like I started out being long before I met Regis," she said. "Grateful for the 15 years I had with him, but I had to go, just like I had to move away. 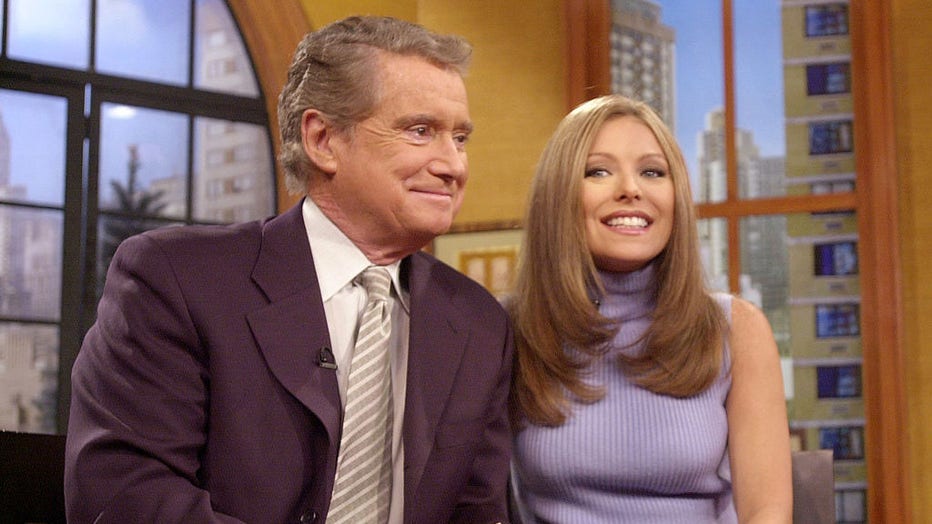 Talk show host Regis Philbin and new co-host Kelly Ripa speak to the audience during a broadcast of "Live with Regis and Kelly," Feb. 5, 2001, in New York City. (Photo by Spencer Platt/Newsmakers)

I’m a big believer in freedom of expression. I don’t believe we’re supposed to cancel anybody.

After years of ratings success, she left the program in July 2000. Regis undertook hosting responsibilities alone for a year while in search of his next co-host, he eventually found his replacement in Ripa.

"I don't want to feel like I'm slamming anyone or that I'm being disrespectful. But I also want people to know it was not a cakewalk. It took years to earn my place there and earn things that are routinely given to the men I worked with," Ripa recently told People while detailing some "good and bad days" she endured with Philbin.

Gifford, on the other hand, had a different experience, even when she had to leave the show.

"We were such great friends," Gifford said. "He just didn't like it, but he understood it. He loved me. We became close friends in the next 20 years."

I saw him two weeks before he died, and his wife told me that that's the last time she ever heard him laugh, and I treasure that.

After taking an eight-year break from live television, Gifford returned to the studio and worked with Hoda Kotb on the fourth hour of "Today" in 2008.

She stayed with NBC until April 2019, in which she earned a Daytime Emmy Award for outstanding informative talk show host.

Gifford interviewed every major celebrity, discussed the hottest trends and biggest stories throughout her career in front of the camera. Still, she reflected on her time with Regis, who died in 2020 at the age of 88. 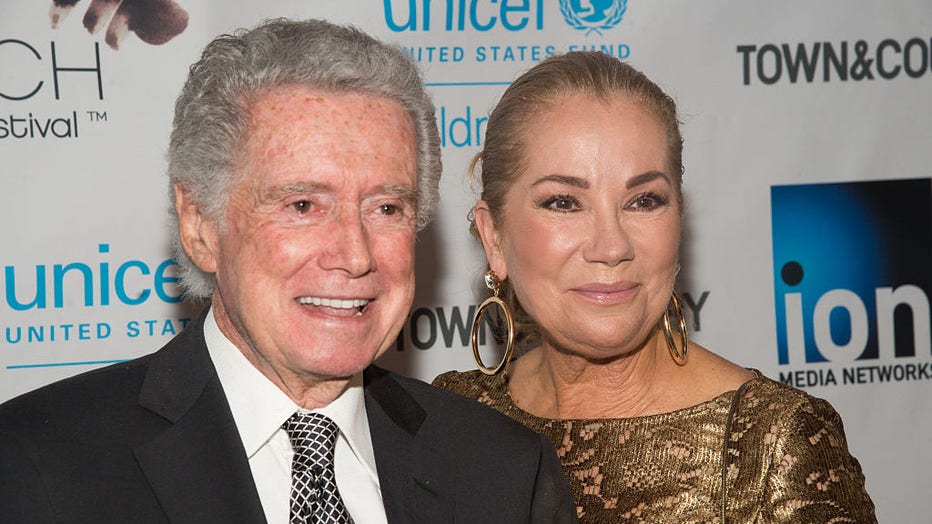 "I saw him two weeks before he died, and his wife told me that that's the last time she ever heard him laugh, and I treasure that," Gifford said.

"So that says all you need to know about what I think about what Kelly is saying now."

Frank died in 2015 at the age of 84, and was also survived by their two children, Cody and Cassidy. "Well, he was more than an NFL star," Gifford said of Frank. "Frank was one of the greatest football players of all time … Tom Brady's a magnificent player. Frank always felt that he was the greatest quarterback of all time … I don't compare Frank to anybody else."

Tom Brady: A look at his NFL career

Widely considered the greatest quarterback to play the game, Brady won three NFL MVP awards, was a first-team All-Pro three times and was selected to the Pro Bowl 15 times.

The "Hello, Little Dreamer" author said she experienced challenges in her marriage as "everybody does," and was upset when she heard the Super Bowl champion was in the midst of marital woes with Gisele Bündchen.

"God loves marriage. God instituted marriage for reason, for a purpose. Family is so important to God. … Marriages are under attack. Monogamy is under attack," she said. 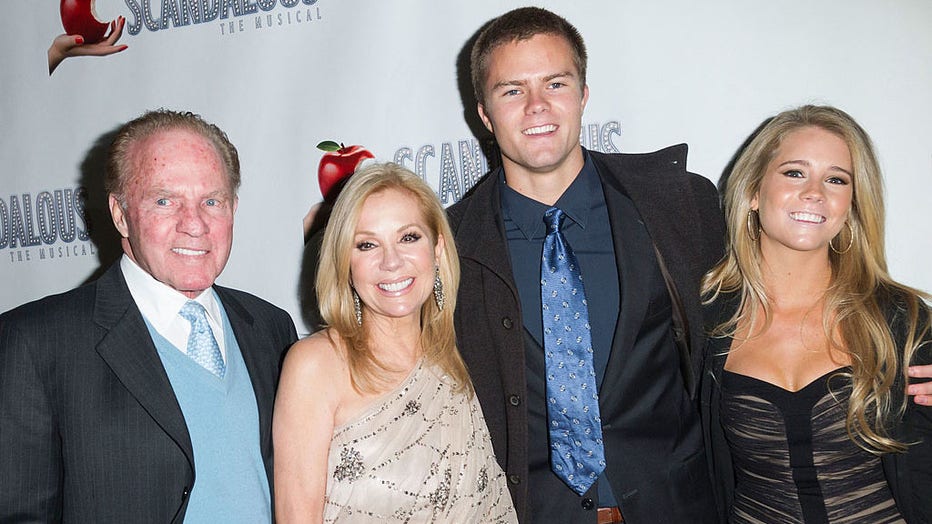 "I think marriage should be a holy alliance. Now, there are reasons why certain people should get divorced, and they have physical reasons to … I don't know their first story. I just know that I'm sorry to them and their children."

As for her new book and why it's so important for her to be a part of faith-filled projects, Gifford admitted the entire explanation is a "mini-series."

Kathie Lee Gifford talks about becoming a grandmother and her new book, 'The God of the Way.'

"My faith is everything, the essence of everything I am as a human being and beyond," she shared. "So why wouldn't I make these movies that I make and write these books that I [write]… I don't have a religion. I have a relationship with a living God, which is more than a 24/7 situation. It's a time. And that's why I do it. That's the short answer."

LINK: Get updates to this story on FOXNews.com.