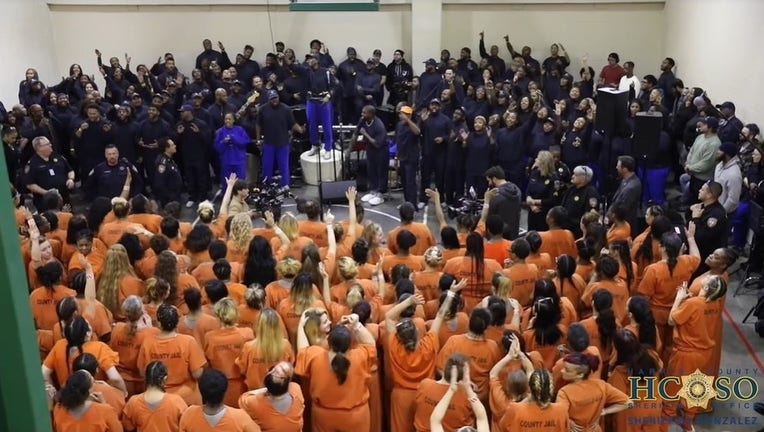 SEE: Kanye West and choir perform at Harris County Jail: 'This is a mission, not a show'

Rep. Dan Crenshaw, R-Texas, whose district is in Houston, called it a "very cool move" by the "Jesus Walks" rapper, but the Freedom From Religion Foundation (FFRF) was particularly angered by the "Christian" message relayed from the newly born-again believer's songs from his new release, "Jesus Is King,"  The gospel-rap album debuted No. 1 on the Billboard charts.

"It is no excuse that Kanye West is famous," FFRF attorney Andrew Seidel wrote in a Nov. 18 letter to Sheriff Ed Gonzalez. "If anything, this makes the violation worse because the captive audience may be more receptive to his message." 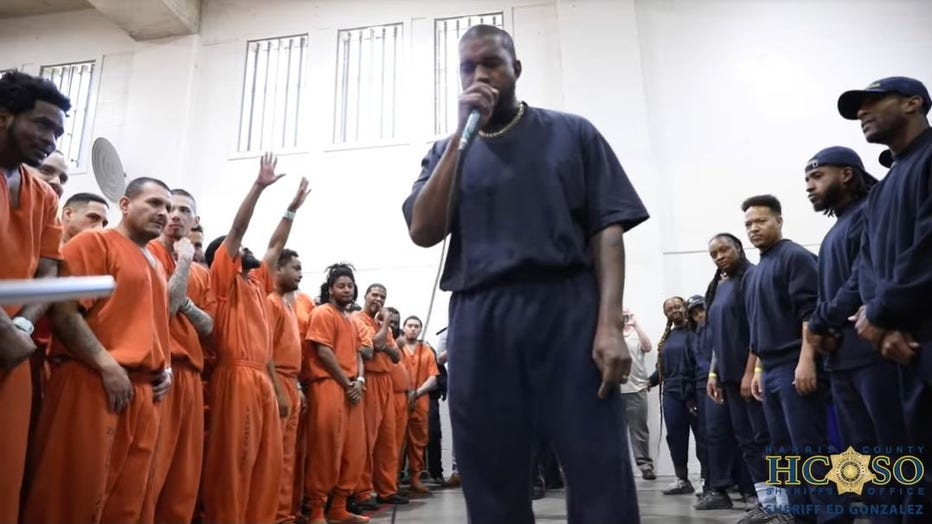 Gonzalez had tweeted about the impromptu "church service" at the jails before the fashion mogul and his choir went to the nation's largest congregation last weekend at Lakewood Church alongside Pastor Joel Osteen.

The Wisconsin-based atheist group requests public information and assurance that the county "will not organize or promote worship services in the future."

First Liberty Institute, the religious freedom law firm that defended the WWI Memorial Peace Cross at the Supreme Court, slammed FFRF for their "long and shameful history of bullying our schools and city halls" and for now turning to "threatening our county jails."

"Kanye West visited the Harris County Jail to offer hope and encouragement," Mike Berry, First Liberty chief of staff, told Fox News. "The last time I checked, you can do that in this country. If every sheriff in America invited Kanye West to visit their jails, we might have less need for jails."

West performed for more than 500 inmates, including male inmates at one jail facility, before crossing the street to another for a smaller crowd of female inmates, where they could be seen joining along in worship and prayer.

Jason Spencer, the public affairs director for the Harris County Sheriff's Office, tweeted: "Say what you want about the man. But @kanyewest and his choir brought some light to people who needed it today at the Harris County Jail."

The husband of Kim Kardashian and father of four announced "Jesus Is King Part II" and an opera will be coming soon.

West did not immediately return a request for comment.