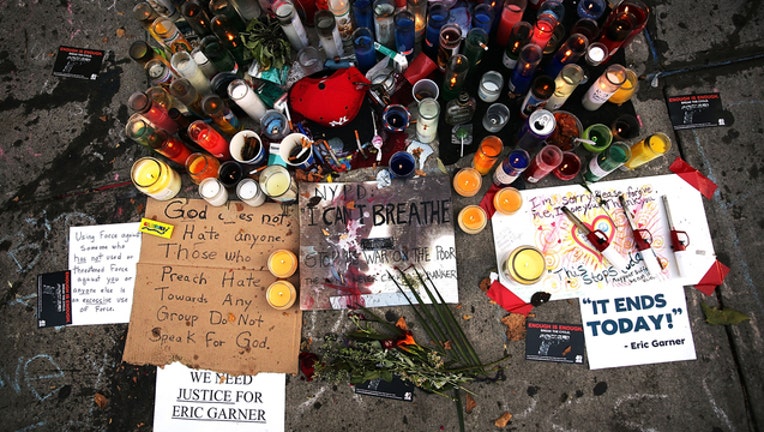 A memorial for Eric Garner near where he died after he was taken into police custody in Staten Island on July 22, 2014 in New York City. (Photo by Spencer Platt/Getty Images)

That's according to a person familiar with the matter who spoke Tuesday to The Associated Press. The person wasn't authorized to discuss the matter publicly and spoke on the condition of anonymity.

Officers were attempting to arrest Garner on charges he sold loose, untaxed cigarettes outside a Staten Island convenience store. Garner refused to be handcuffed, and officers took him down.

The medical examiner found a chokehold contributed to Garner's death.