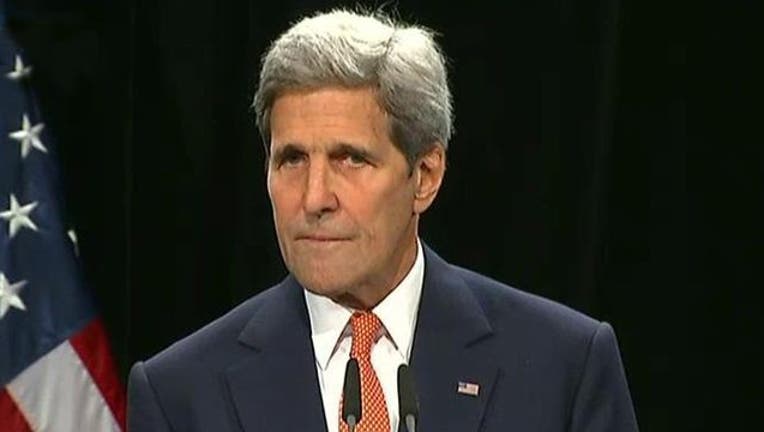 While promoting his memoir, "Every Day Is Extra," Kerry responded to a tweet from Trump that suggested he had "illegal meetings" with the Iranian regime.

He blasted the president with numerous statements, in one instance saying that Trump seems to care more about "his Twitter likes" than he does the Constitution.

"He's got the maturity of an 8-year-old boy with the insecurity of a teenage girl," Kerry said.

Kerry had also responded to Trump's tweet blasting him earlier on Friday, saying he should be more concerned about his former campaign chair Paul Manafort meeting with the special counsel.

Some have suggested that Kerry's meetings with Iranian Foreign Minister Javad Zarif violate the Logan Act, which prohibits private citizens from negotiating on behalf of the United States without being authorized.