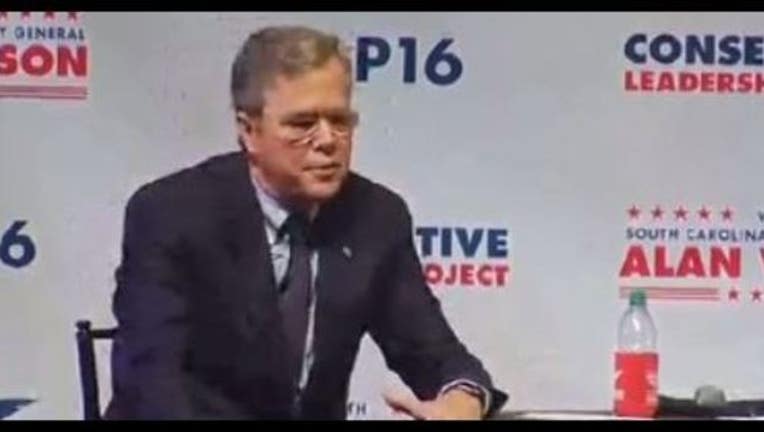 Bush was asked about prayer vigils in the wake of such shootings and gave an extensive answer in which he said “stuff happens” and that more government was not the answer. Bush later stood by his answer.

“We’re in a difficult time in our country, and I don’t think more government is not necessarily the answer to this," Bush said. "We need to re-connect ourselves with everybody else. It’s very sad to see. But I resist the notion – and I had this challenge as governor; we had – look: stuff happens, there’s always a crisis, and the impulse is always to do something. But it’s not necessarily the right thing to do.”

His full response can be seen below.