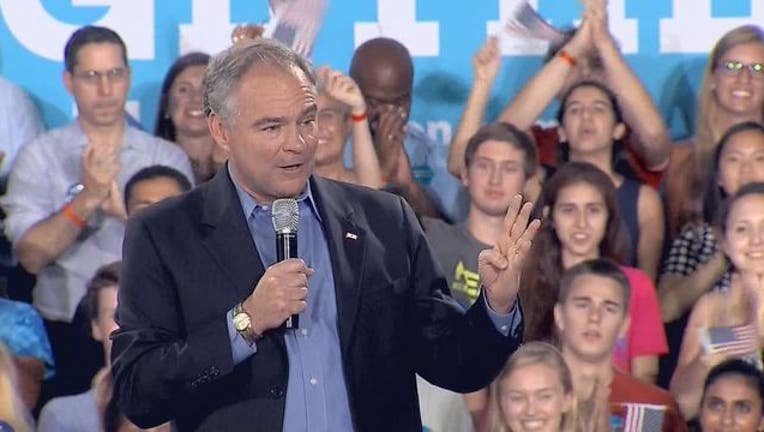 WASHINGTON - Virginia Senator Tim Kaine is in. For residents of the Commonwealth, he needs no introduction, but many Americans are about to meet Hillary Clinton’s running mate for the first time.

Kaine was Clinton’s leading contender for Vice President, according to two Democrats familiar with the search, the Associated Press reported. The 58-year-old junior Senator from Virginia has a reputation for working with both parties when he served as the state’s governor, and mayor of Richmond.

Kaine was first elected to office in 1994, when he served as a Richmond city councilmember. He went on to lead the city as Mayor. Kaine became Virginia’s Lieutenant Governor in 2002, and was inaugurated as the state’s 70th Governor in 2006. He was elected to the Senate in 2012, and was sworn in on January 3, 2013. He is one of 20 people in American history to have served as a Mayor, Governor and U.S. Senator.

Clinton and her new running mate will join forces at the Democratic National Convention next week in Philadelphia.  Just last week, Kaine appeared alongside Clinton at a campaign stop in Annandale, Va.

His wife, Anne Holton, serves as Virginia’s Secretary of Education. They have three grown children—Nat, Woody and Annella. According to the biography on his official website, Kaine’s hobbies include reading, being outdoors and playing harmonica—which he does with bluegrass bands around the state of Virginia.

Kaine attended the University of Missouri-Columbia and Harvard Law School. He grew up in Kansas City, Missouri.