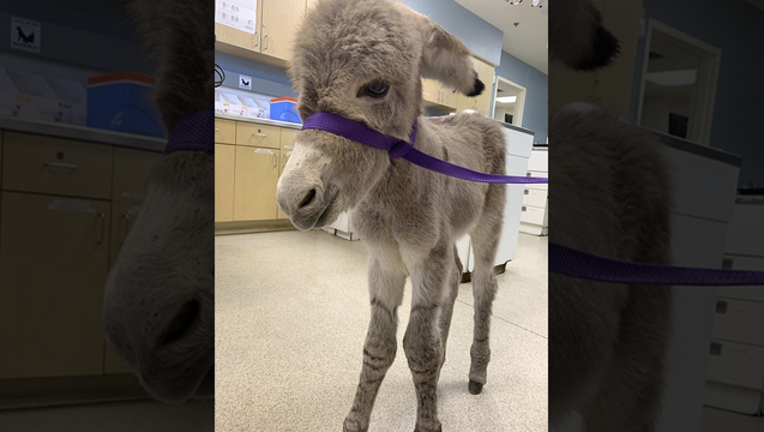 The Riverside County Department of Animal Services says the tiny creature was only one or two days old when a resident spotted it Wednesday on a road near his home south of San Bernardino.

Southern California News Group reports there was no sign of the mother or a herd, so residents called animal services.

Officials say the wee donkey’s injuries may have been caused by a barbed-wire fence, which may have separated it from its mother.

When it’s healthy and old enough, the burro may be put up for adoption.