A family in the southwest suburbs is furious after they say their daughter was bruised and beaten by a school bully and not much is being done about it.

GARDNER, Ill. - A family in the southwest suburbs is furious after they say their daughter was bruised and beaten by a school bully and not much is being done about it.

The school is calling it an incident of "student misconduct," but the family disagrees. The 13-year-old victim had to go the hospital and has not returned to school since.

Charlee Funes, a 7th grader at Gardner Grade School, says the attack happened last Thursday during gym class. No stitches were necessary, but she was scraped and bruised and one of her two front teeth broke off.

The alleged bully, who is another girl, initially received a two-day suspension, which is not enough according to the victim's family.

In addition, Charlee's mom says the school did not call an ambulance or the police when it happened. 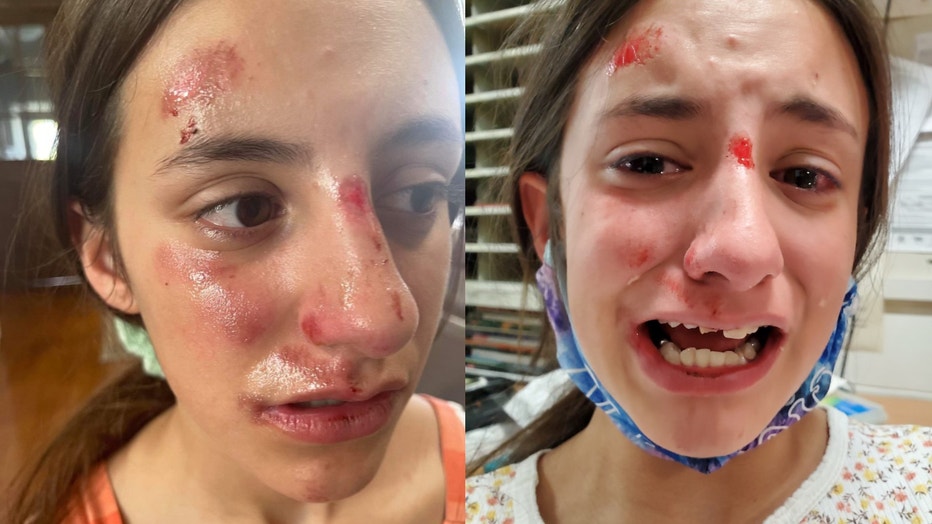 Charlee says at first, the other girl came up behind her while they were running and pulled her hair.

"On our second lap, she takes her foot, pushes into me and takes her chest and body slams me to the ground," Charlee said.

"I’m mad [because] the school is supposed to be a safe zone. Two places in this world that you are supposed to be safe, home and school, and they let us down," mother Kimberly Funes said.

The family now says they have learned the girl who allegedly injured Charlee will not be in school for the remainder of the year.

The school superintendent has not returned FOX 32’s emails or calls on Tuesday, but did send a letter to school families alerting them to last Thursday’s incident.

The letter tells families that they immediately began an investigation and are working with law enforcement.