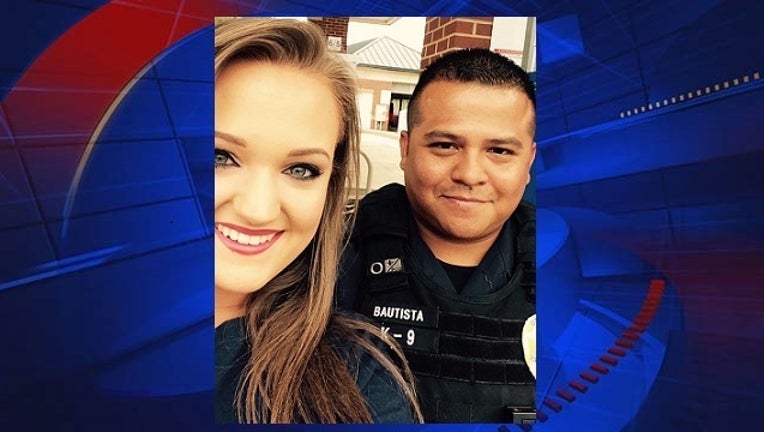 Charlotte, NC - A Huntersville police officer stepped in when a Charlotte woman did not have enough money to fill up her tank.

Kat Hartman posted to her Facebook Monday a selfie with Huntersville officer Thomas Bautista who had just helped fill her gas tank.

In the post Hartman explains she only had $6.00 in change to pay for her gas. She says her son Liam was with her and wanted chocolate milk but she did not have enough money.

Hartman says while she was pumping the gas into her tank officer Bautista knocked on her window and said, "I saw you were paying in change and only put a small amount in your car, I told myself I was going to do something good for someone else today so I'm going to fill up your tank."

Hartman says she was so overwhelmed she began crying. She said, "Not all cops are bad! I can't thank him enough."