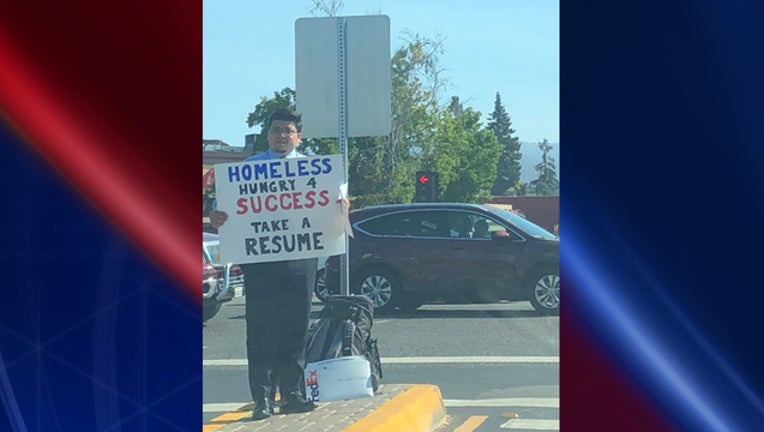 (STORYFUL) - A homeless web designer received over 200 job offers after his unorthodox job hunting approach was featured in a viral tweet on July 27.

Texas native David Casarez had been sleeping on a park bench in San Jose, California, after his van was repossessed in June. Casarez, who earned a qualification in management information systems from Texas A&M University, moved to San Jose with hopes of launching his own tech startup but ran out of money in June.

Desperate for work, Casarez took to the streets to hand out resumes. Jasmine Scofield shared a photo to Twitter on July 27 that showed David Casarez holding a sign reading: “Homeless Hungry 4 Success Take A Resume”.

Since Scofield posted the tweet, Casarez said he received over 200 job offers and had been in contact with representatives from Google, Pandora, and Netflix.