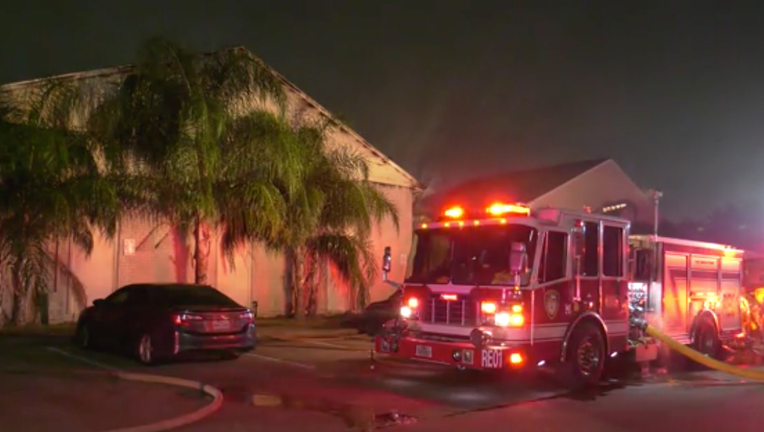 HOUSTON - A Houston Police officer was injured during an apartment fire that took place Saturday, Oct. 24 just after midnight.

Emergency crews responded to the 8800 block of South Braeswood Boulevard in Houston after following a car during a routine traffic stop.

According to police, the officer saw flames roaring out of a second-floor balcony from one of the apartment units in the complex and they started to clear out the complex.

Police say during the process, a sergeant grabbed some debris and suffered burns to his hands.

He was treated for his injuries on the scene.

Residents believe the fire may have been set by an arsonist, Houston Fire is currently investigating the scene.