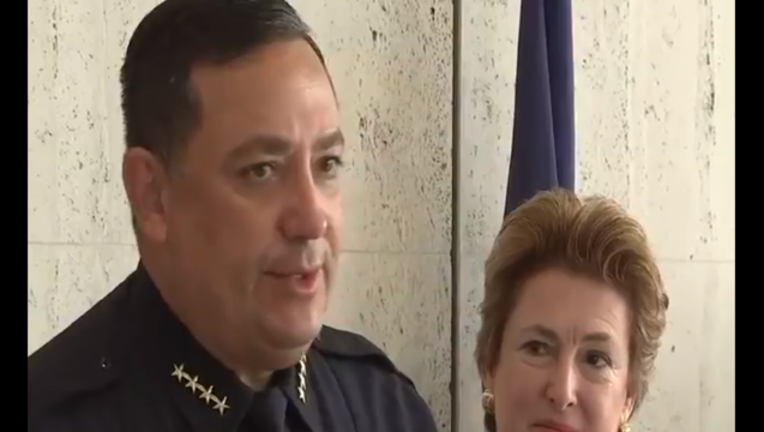 The arrests come as part of an ongoing joint operation in the Chinatown area by the District Attorney’s Office and Houston Police, that has so far resulted in 41 arrests, including three police officers and the seizure of more than $2.4 million in cash.

“Organized crime thrives on money,” Ogg said. “We took millions from them.”

“The officer decided who could get through the door to gamble. He is a prolific gambler and he gambled away his career,” Ogg said.

Such game rooms are considered crime drivers in the area, as they have lots of cash and are targets for robbery and violence.

The evidence shows the officer was a regular player at the café, and had been seen there in uniform while on and off duty, Ogg said.

Among the civilians arrested Thursday was the alleged owner of the facility, a manager and other game-room workers who would make cash payouts to clients.