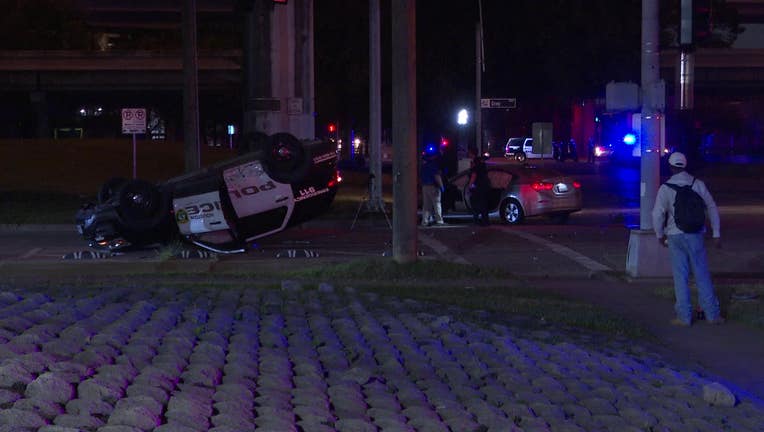 Police investigate a crash involving an HPD patrol vehicle and another car at the intersection of Hamilton and Gray.

The crash occurred at the intersection of Hamilton Street and Gray Street around 1:20 a.m. Monday.

According to HPD, witnesses stated that the officer was driving westbound on a green light, when the other driver ran a red light while traveling southbound.

The officer was taken to the hospital. HPD said he had minor injuries.

Police say the driver of the other vehicle fled the scene on foot after the crash.