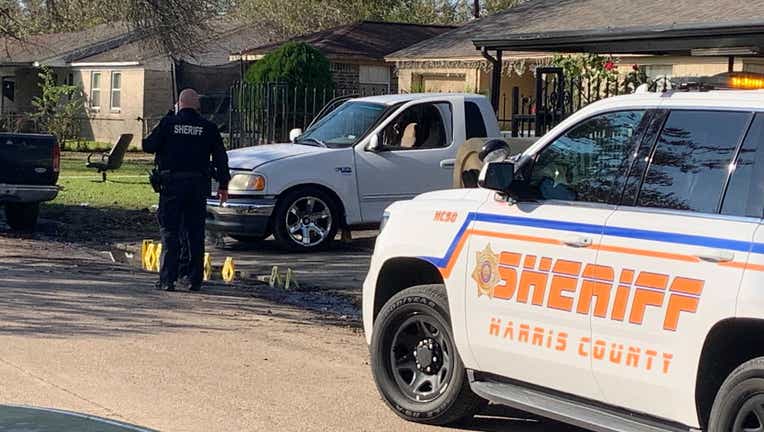 HOUSTON - Harris County sheriff's deputies are searching for a suspect accused of shooting a man six times in northeast Houston.

Deputies responded to the 17000 block of Argyle Rd in reference to a shooting around 1 p.m. Friday.

They say the victim sold a vehicle to the suspect. Later, the suspect returned to give items back to the victim and that's when an argument ensued.

During the argument, police say, the suspect shot at the victim, hitting him six times.

The male victim was taken to a local hospital by LifeFlight. He is alert, speaking, and is expected to survive.

Violent Crimes Unit and Crime Scene unit are responding to the scene.

The suspect is still at large.