Astros fans take on the iconic ‘Rocky Steps’ in Philadelphia

When you're in Philadelphia, it's almost a given that you have to check out the Philadelphia Museum of Art Steps, otherwise known as the "Rocky Steps" as seen in the popular movie with Sylvester Stallone.

HOUSTON - Philadelphia is the birthplace of the United States, but one of its most popular tourist stops is the Rocky Statue at the end of the mile long Benjamin Franklin Parkway.

The movie first came out in 1976 starring Sylvester Stallone as the eponymous character, Rocky Balboa. 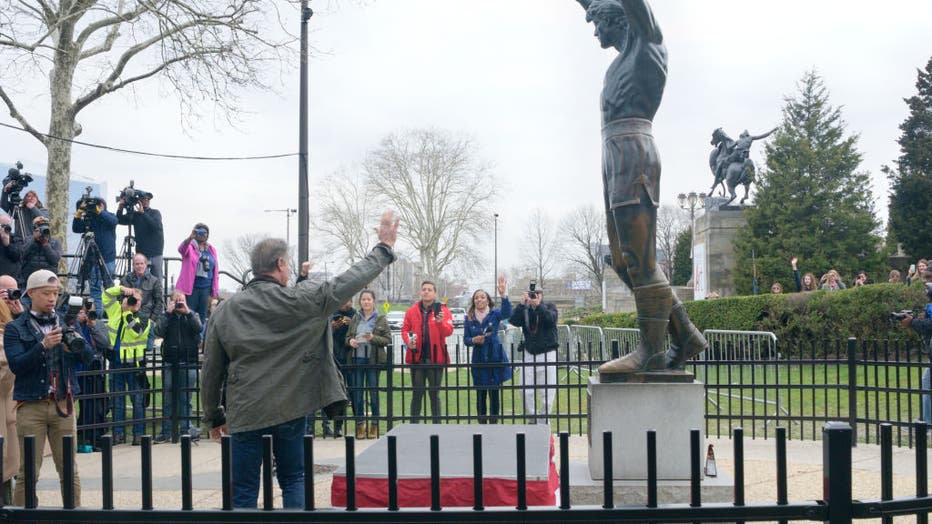 Actor, director Sylvester Stallone and Philadelphia Major Jim Kenney make an appearance at the Rocky statue at the Philadelphia Museum of Art, in Philadelphia, PA on April 6, 2018. The legendary 'Rocky Balboa' actor returns to the city for the start

"He’s one of those underdog to superstar stories," ," said Braden McLamb. "He keeps on punching."

Rocky’s stair climb to the Philadelphia Museum of Art is symbolic of hard work and hustle. 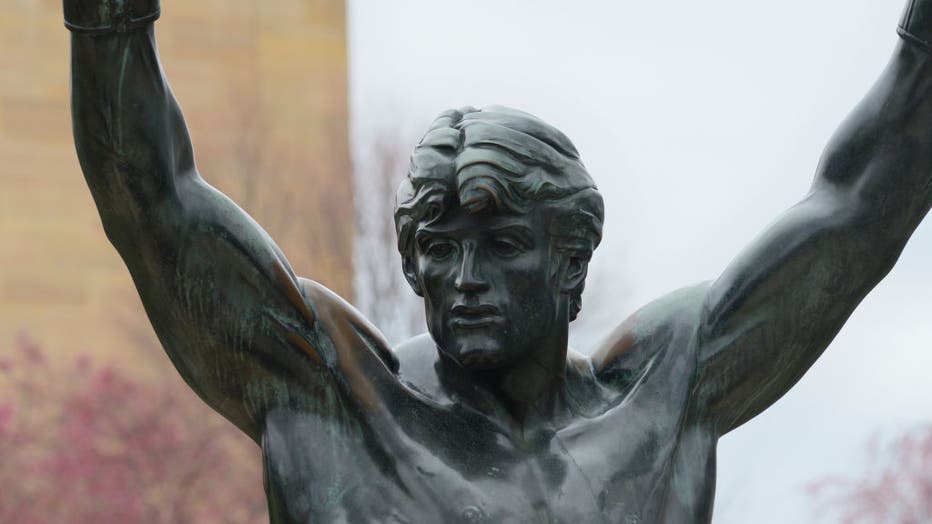 The Rocky Statue situated near the 'Rocky Steps' of the Philadelphia Museum of Art, in Philadelphia, PA, on April 6, 2018. Since its permanent placement in 2006 the bronze sculpture of movie character 'Rocky Balboa' become one of the cities main tour

Decades later, you’ll find a line of people waiting to take a picture next to the fictional boxer and test their stamina on the 72 steps.

Of course, I had to run up them and celebrate at the end just like Sylvester Stallone, punching the air no matter how foolish it seems. 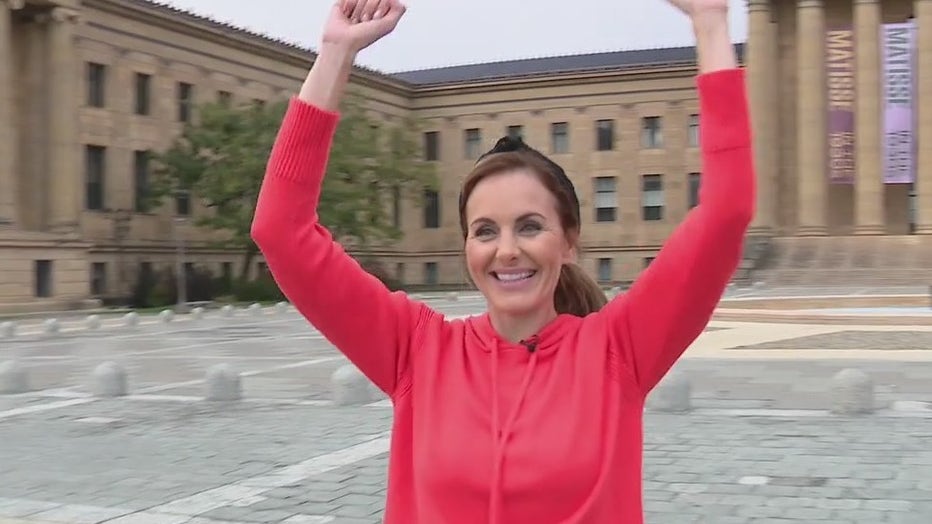 "We have three boys, and we’ve shared Rocky quotes with them over the years," said Paul Williams, an Astros fan who traveled from Idaho to Philly for the World Series. "It’s not about how hard you hit.  It’s about how hard you can get hit and keep moving forward."