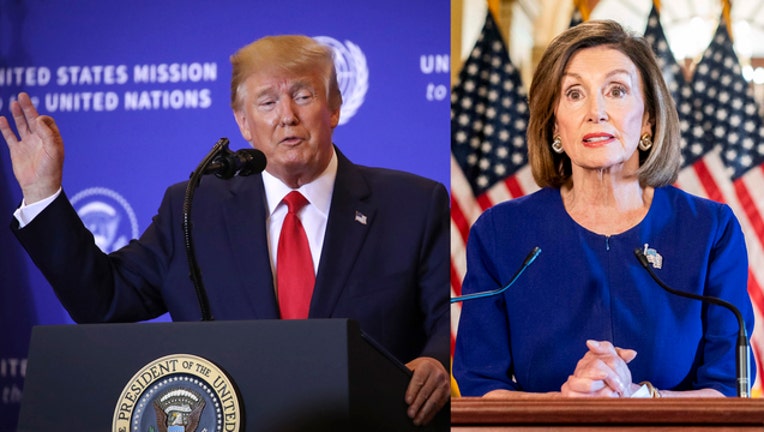 HOUSTON - House Democrats have decided to hold off on a formal vote authorizing impeachment inquiry.

Democratic leaders are saying that a vote is not necessary at this point in time, and are defending their current impeachment process, which is involving many House committees holding private witness interviews.

The White House has refused to cooperate due to the lack of a vote, a move that did not force House Democrats to vote.

"[Republicans] don't want to discuss the President's conduct.," said House Intelligence Committee Chairman Adam Schiff at the same conference. "They would much rather discuss process, because they can't defend the president's conduct."

House Speaker Nancy Pelosi ordered an impeachment inquiry of President Donald Trump last month after an intelligence community whistleblower came forward with a complaint reportedly relating to Trump’s communications with the president of Ukraine. In her announcement of the official inquiry, Pelosi accused the president of “betrayal of his oath of office and betrayal of our national security and betrayal of the integrity of our elections.”

As laid out in the Constitution, the House of Representatives possesses the sole power to impeach, while the Senate acts as the sole court for impeachment trials and the Chief Justice of the Supreme Court presides over the trial.

Before the House authorizes an impeachment inquiry, the House Judiciary Committee typically conducts an investigation in which it holds hearings on proposed articles of impeachment and votes on whether to approve them. If the committee votes to pass the articles, they are then passed on to a vote by the full House.

RELATED: Impeachment inquiry: Here's what it means and what happens now

According to a new Monmouth poll released Monday, a higher percentage of Americans believe President Trump should be impeached than those who wanted to see President Nixon impeached when the Watergate scandal was escalating.

President Donald Trump has pushed back against some Democrats' calls to impeach him, saying they're only seeking impeachment because they know they can't win the White House in 2020.

"How do you impeach a president who has won perhaps the greatest election of all time, done nothing wrong" and has had the "most successful two years of any president," Trump tweeted. He said he's "the most popular Republican in party history."

"They only want to impeach me because they know they can't win in 2020, too much success!" Trump tweeted.