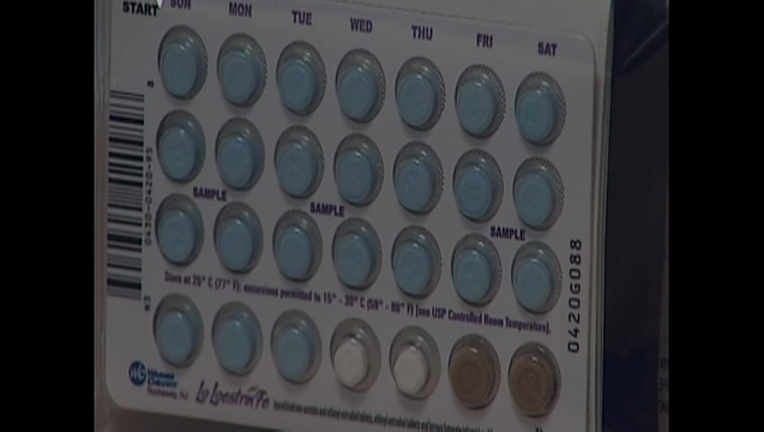 (KTVU) - YourChoice Therapeutics, a startup launched by UC Berkeley researchers, is developing the first hormone-free birth control for both men and women.

Many contraceptives currently on the market for women are known to cause side effects, such as weight gain, nausea, mood changes and a decreased libido, leading some women to discontinue their use. What’s more, long-term use of hormonal contraceptives can increase a woman’s risk for cervical and breast cancers, as well as blood clots, experts say.

For men, there’s really two options: wear a condom or get a vasectomy. But according to the American Sexual Health Association, male condoms are only about 84 percent effective, compared to the pill, which is about 92 to 97 percent effective, but also contains hormones. Birth control implants and IUDs for women are both roughly 99 percent effective.

There is a contraceptive gel for men in the works, but it contains a combination of testosterone and a progestin compound, meaning it wouldn’t be hormone free.

So there’s definitely a market for a hormone-free birth control for both men and women.

The founders of YourChoice Therapeutics say their first product will be a vaginal contraceptive that will be applied before intercourse. They also plan to produce hormone free oral contraceptives that can be taken by men and women.

The products are based on blocking a protein on sperm that is required for fertilization. The non-hormonal approach does not interfere with either a cells’ ability to function or gene expression, so women and men will not experience negative side-effects associated with traditional hormonal contraceptives, according to Y Combinator, which has provided some funding for the project.

The unisex contraceptives, which were developed after a decade of research, are both “highly effective” and “reversible,” according to the YourChoice Therapeutics website. The company expects them to be released in 2025.

“The vision of the company originally was to improve the lives and well-being of women,” Akash Bakshi, company co-founder and CEO of told the Daily Californian newspaper.

The Berkeley-based startup says its mission is to “improve the lives of women, men and their families by developing birth control options that are hormone-free, safe, easy to use and effective.” It also says reliable family planning is key to reducing the number of children and adults living at the poverty line.

Nearly half of the world's population — more than 3 billion people — live on less than $2.50 a day. More than 1.3 billion live in extreme poverty — less than $1.25 a day. Moreover, an estimated 1 billion children worldwide are living in poverty, and according to UNICEF, 22,000 children die each day due to poverty.

The company needs roughly $2 million in venture capital funding to continue research on its’ contraception, as well as to build out its team of chemists, TechCrunch reports.