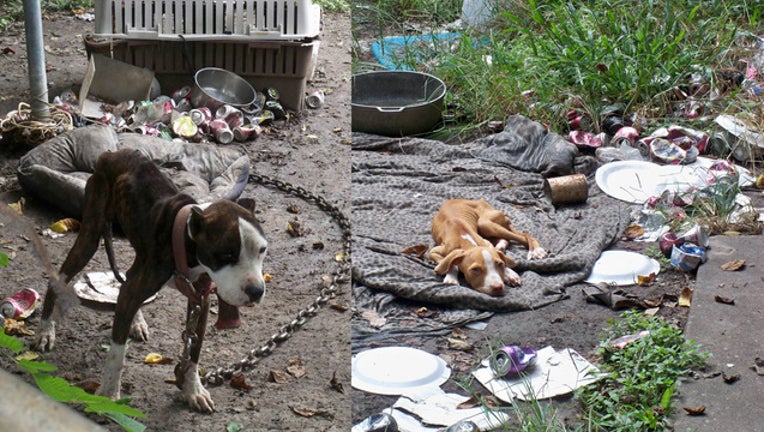 HOUSTON (FOX 26) - A Harris County woman was sentenced to 180 days in jail for an animal cruelty case involving two dogs who were emaciated, infested with parasites and suffering from skin infection, the district attorney’s office says.

“Dogs are family to many people, and we won’t tolerate them being abused,” Harris County District Attorney Kim Ogg said.

A jury convicted Stephanie Renee Dunn, 45, of cruelty to non-livestock animals. A judge sentenced her to 180 days in jail.

The district attorney’s office says the dogs, who were kept in a trash-strewn fenced in yard, were so starved and dehydrated that they looked like skeletons and later had to be euthanized.

The case was investigated by the Harris County Precinct 5 Constable’s Office as part of the Animal Cruelty Task Force.

“Neglect, abuse, abandonment and cruelty toward animals within Harris County will no longer be tolerated,” Constable Ted Heap said. “Law enforcement, along with the District Attorney’s Office, has committed to pursuing these cases and seeking justice.”