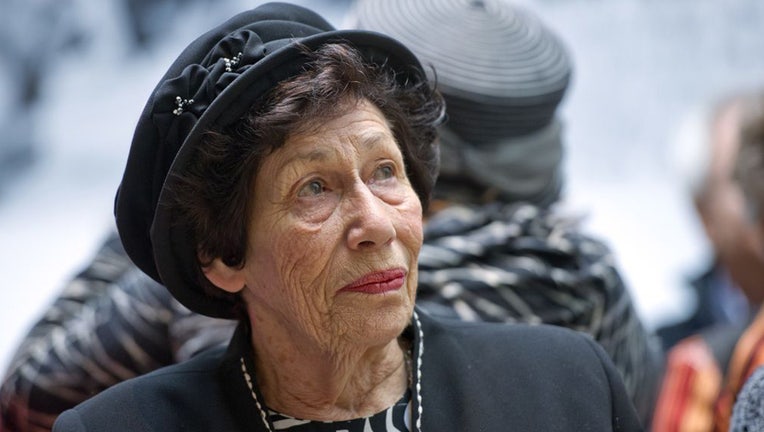 Hannah Pick-Goslar, a survivor of the Holocaust and one of Anne Frank’s best friends, has died. She was 93 years old.

Pick-Goslar died just two weeks shy of her 94 birthday. She is survived by her three children, 11 grandchildren and 31 great-grandchildren, the Jerusalem Post reported.

According to a diary entry dated June 14, 1942, Frank wrote about Pick-Goslar, calling her one of two of her best friends, the Anne Frank House Museum website explains.

Pick-Goslar was born on Nov. 12, 1928, in Berlin-Tiergarten, according to the museum. She and her family escaped to London, England, in 1933 when the Nazis came into power.

Pick-Goslar and her family would eventually find their way to Amsterdam, Netherlands, where she would become neighbors with the Frank family.

Both Frank and Pick-Goslar attended kindergarten together and became close friends from then on.

In 1943, about one year after Frank and her family went into hiding, Pick-Goslar and her family were deported to Camp Westerbork, which was a transit camp before victims were taken to any of the larger concentration camps, according to camp’s historic website.

Westerbork was also dubbed "the gateway to Hell."

In 1944, Pick-Goslar and her family were transferred to the Bergen-Belsen concentration camp. She was able to meet with Anne in that same camp in 1945 which was shortly before Anne passed away.

Pick-Goslar and her younger sister, Gabi, were the only ones from her family to survive the horrors of Bergen-Belsen, according to the Anne Frank House Museum.

After finally being freed, Pick-Goslar would eventually emigrate to Palestine where she would become a nurse and get married. And after some reluctance, she would go on to share her story and her cherished friendship with Anne.

"She felt obligated to talk about Anne and the Holocaust ‘because I survived, and Anne didn’t,’" according to the museum.

In 1997, Pick-Goslar released a book chronicling her friendship and trials of the Holocaust titled "Memories of Anne Frank: Reflections of a Childhood Friend." And in 2021, a film based on the book titled "My Best Friend Anne Frank" was released on Netflix.