BRADENTON, Fla. - Girl Scouts put in a lot of time and effort into cookie season. Their goal is to raise enough money for trips and special causes.

But several Manatee County troops won't meet their goals this year, and according to Girl Scout leaders, dishonest customers are to blame.

One troop mom showed FOX 13 a $50 bill Tuesday evening, just one of the many fake bills that scout leaders say their girls received over the past couple of weeks.

“I felt like something was a little off,” she recalled.

The moms noticed the money was fake back at home when they were counting the day's sales. Looking back, they remembered people getting one box of cookies and asking the girls to break bills as high as $50.

"As a mom, I went through the emotions. I was really angry at first, and then I got really sad that somebody -- especially an adult -- would give my child, a 7-year-old, counterfeit money." 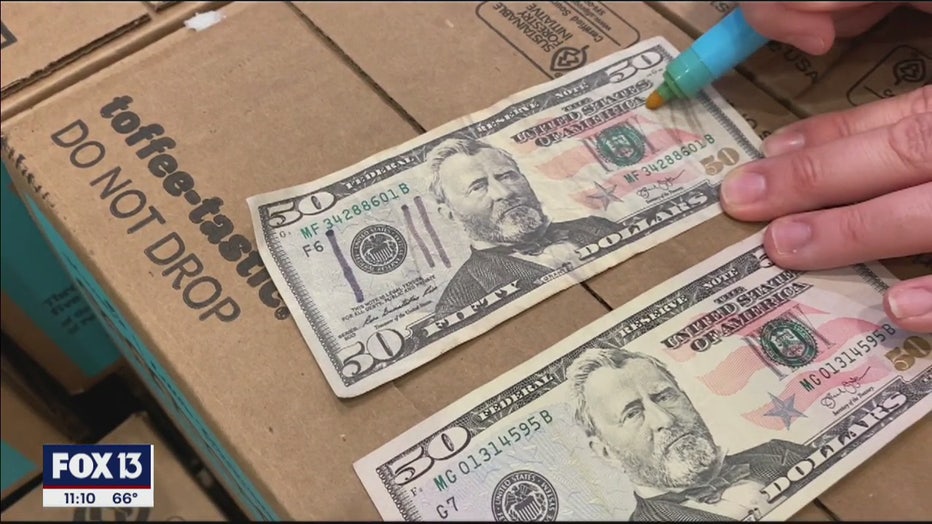 According to Girl Scout leaders, Manatee County troops lost about $650 and they're expecting that number to increase as more head to the bank over the next few days.

"I’ve worked for Girl Scouts for 16 years and I’ve seen maybe one occasion in each cookie season,” Kelly McGraw offered. “But this feels like this is a target. It feels like someone who's out to steal money versus someone who needs money."

While troops are trying to recover from the hit, leaders say it's a learning opportunity. Many troops are now using counterfeit pens to verify every bill they receive is authentic.